The Bold And The Beautiful Recap, Thursday, May 23: Steffy’s Back And Liam Is Suddenly Single– Ridge Sides With Thomas 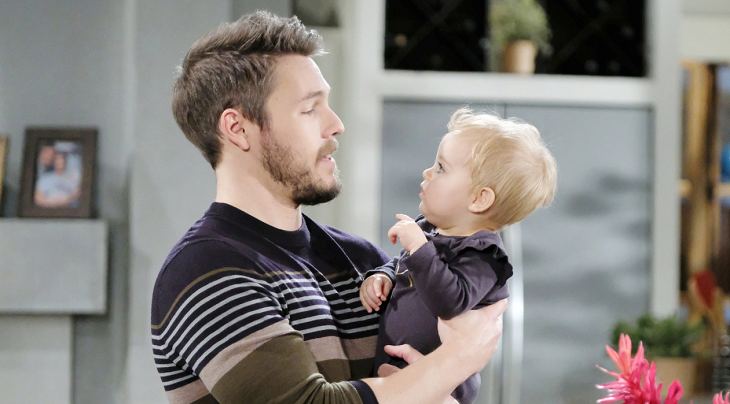 The Bold and the Beautiful (B&B) recap for Thursday, May 23 finds Steffy Forrester (Jacqueline MacInnes Wood) returning home and finding out that Hope Logan (Annika Noelle) and Liam Spencer’s (Scott Clifton) marriage is just about over.

It begins at the beach house, where Liam is helping Steffy with the girls. They look like a happy family of four. Liam tells Steffy that Hope wants to end their marriage. Steffy feels guilty and says that she thought her time away with the girls would be healthy for Hope but apparently, that didn’t happen.

Liam says that the more he tries to fight and save his marriage, the more Hope keeps pushing him away. Steffy feels bad for his situation and tells him that he can spend as much time as he wants with her and the girls. Liam is trying to process everything but admits that being with his daughters helps take his mind off of things. Steffy agrees and adds that the door is always open for him.

At the Forrester mansion, Hope tells her mother the news that she wants to get a divorce. Brooke tries to make Hope see the bigger picture and tells her that her husband’s needs are more important than the children’s. However, Hope insists that they have different priorities now and that the family Liam has always wanted is with Steffy and her daughters.

Brooke says that Hope is not being fair to Liam and points out that his dream is to be with her. Hope adds that if Baby Beth were still here, things would definitely be different for her and Liam.

At Forrester Creations, Ridge and Thomas are talking about the future. Ridge doesn’t think it’s right that Thomas is scheming to try and pull Hope away from Liam. Ridge gives his son a warning and says that trying to replace Caroline Spencer with another mother – who is grieving nonetheless – is not the answer.

He explains that trying to put Hope into a puzzle piece that she doesn’t fit in simply won’t work in the long run. Ridge also questions Thomas and asks if he’s able to give Hope what she truly deserves and that’s love and stability. Thomas can’t answer the question but says that he’s drawn to her nonetheless. He also points out that Douglas can’t live without her.