The Bold And The Beautiful Spoilers: Hope’s Elated To Hold Phoebe In Her Arms Again — Steffy Learns About Lope Divorce Plans 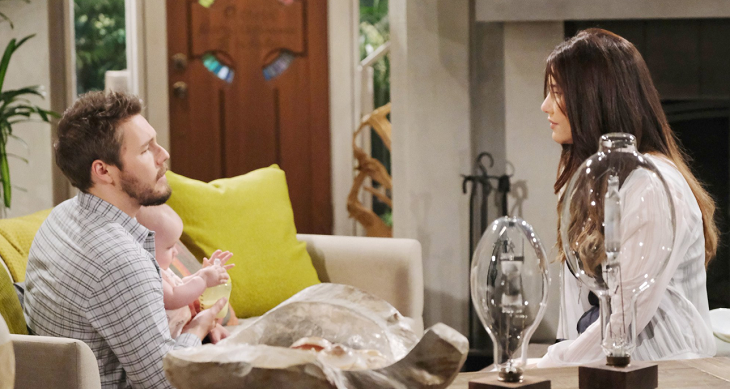 The Bold and the Beautiful (B&B) spoilers tease that Steffy Forrester (Jacqueline MacInnes Wood) will soon be back from Paris with Kelly Spencer (Zoe Pennington and Chloe Teperman) and Phoebe Forrester (Isabella de Armas and Rosalind Aune). She’ll return home to some devastating news, though; she’ll hear from Liam Spencer (Scott Clifton) that he and Hope Spencer (Annika Noelle) are planning to divorce.

It will take Steffy some time to digest that information, especially since her entire trip to Paris was designed to give Hope and Liam some time to work on their marriage in the absence of her and the girls. For a while there, Hope was getting way too attached to Phoebe, and it was making Liam and Steffy uncomfortable.

As B&B viewers know, there’s a good reason why Hope is drawn to Phoebe, and that’s because Phoebe is actually Hope’s daughter Beth Spencer. But neither Hope, Steffy, or Liam know that at this point. All Hope knows is that she feels an intense connection to the infant, and right now she’s chalking it up to Phoebe being the biological daughter of her cousin, Florence “Flo” Fulton (Katrina Bowden).

The Bold And The Beautiful Recap, Tuesday, May 21: Shauna And Flo Move Into The Forrester Mansion– Hope And Liam Marriage Over

Well, after Steffy hears about Liam and Hope’s divorce plans, she’ll probably figure that she won’t really have a reason to interact with Hope going forward, and she certainly won’t think that Hope will want to come to visit with her and the girls. But according to B&B spoilers, Steffy will soon get a surprise when Hope shows up on her doorstep.

Steffy might think that Hope is there to discuss Liam and/or her marriage situation, but it seems that she’ll be there for one particular reason: to see Phoebe. According to B&B spoilers, Hope will have missed Phoebe intensely during the past several weeks, and she’ll want to catch up and see just how much Phoebe’s grown. 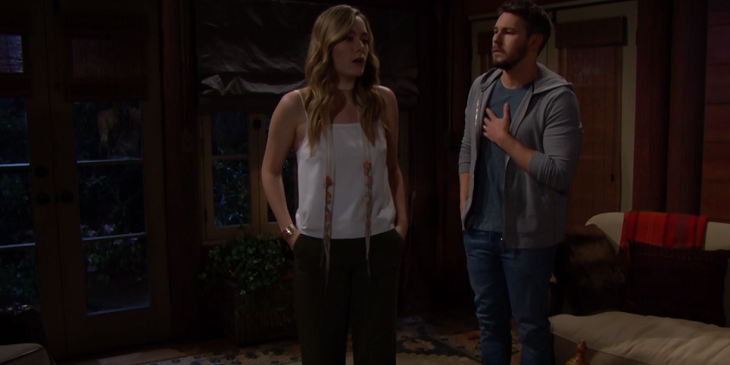 The Bold and the Beautiful spoilers say that Hope will experience great joy as she holds Phoebe in her arms again. She’ll experience a rush of positive energy, just like she did the first time she ever held Phoebe, and she’ll probably marvel at the feelings she’s experiencing.

Of course, for Steffy, this encounter might cause some additional worry. Now that it’s been revealed that Flo is a Logan, that means that Hope views Phoebe as a Logan, too, and she may want a special relationship with her. But Steffy may not be so willing to allow that relationship – after all, Flo gave up her rights to the baby, so Steffy may not technically consider Phoebe a “Logan.”