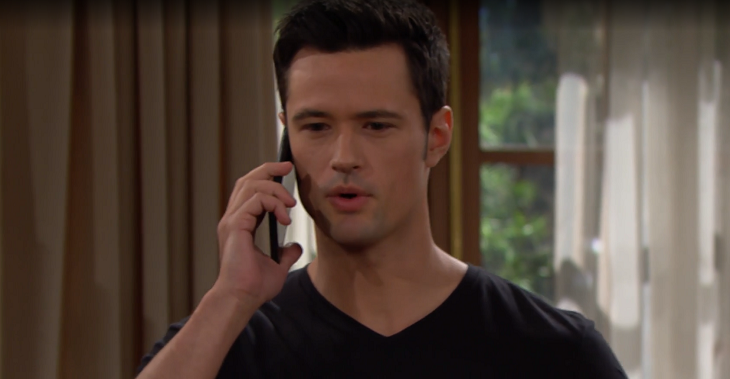 The Bold and the Beautiful (B&B) spoilers for the week of May 27 tease Thomas Forrester (Matthew Atkinson) will find out a shocking piece of information that could complicate his newfound happiness with Hope Logan (Annika Noelle).

The spoilers seem to point to Thomas finding out that Beth is alive.  The question is, will Thomas tell Hope the scoop or hide it from her, fearing she’d go back to Liam Spencer (Scott Clifton) to reunite her family.  Here’s what Matthew told Soap Opera Digest.

In Thomas’ mind, Hope leaving Liam is a dream come true. B&B spoilers state that Liam makes it known that he wants to stay married to Hope.  He loves her and he truly believes that they can work through their differences to make their marriage work.  After all, they both lost Beth and it has been difficult to move on.

Somehow, and SOD doesn’t say how Thomas stumbles upon a massive scoop.  It is something that could bring Hope great happiness, but it would also probably end his life with her.

Instead of being honest with Hope, Thomas decides to hide this information.  He tries his best to put it out of his mind and be happy with his new family.  But it isn’t that easy and Thomas is guilt-ridden.

“While it’s great that it’s finally happening ( Thomas and Hope) and it’s amazing that his vision is coming true, there is information that Thomas finds out which causes a lot of struggle within himself,” Matthew Atkinson, Thomas’ portrayer told SOD. “So it’s kind of a short-lived victory. And probably not as sweet as he had hoped it would be.”

B&B Fans Will Be Gunning For Thomas

The B&B viewers will not be able to forgive Thomas for this scheme.  First, he comes to town and nearly immediately, he starts trying to woo Hope from her husband.  He knew they were struggling after suffering such a horrific loss.

Of course, it’s hard not to hate Thomas for forging Caroline Spencer’s (Linsey Godfrey) letter to imply that she wanted Hope with her son.  It’s like Thomas has no morals and there is no line he won’t cross to get what he wants.

Are you surprised that Thomas will find out Beth is alive and keep it from Hope?  Don’t forget to come back to Hollywood Hiccups for more The Bold and the Beautiful (B&B) spoilers, news, and casting updates!