The Young And The Restless Spoilers: Friday, May 24 – Adam Makes His Demands – Mariah Meets Her Stalker – Kyle Moves In With Lola 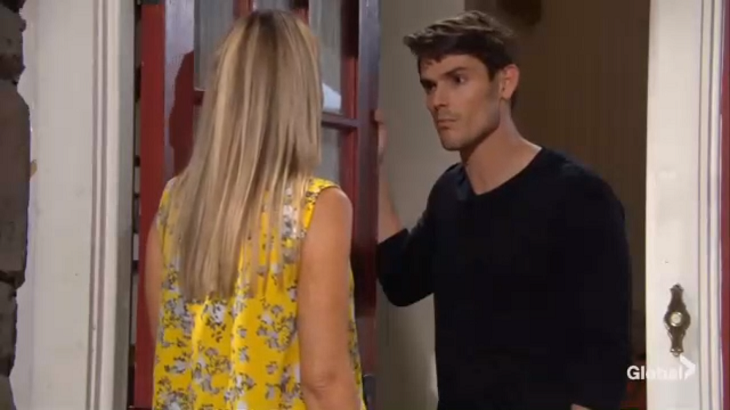 The Young and the Restless (Y&R) spoilers for Friday, May 24, tease that Nick Newman (Joshua Morrow) and Victoria Newman (Amelia Heinle) will both get a text from Adam Newman (Mark Grossman) saying he wants to see them at Dark Horse.

Meanwhile, at the tack house, Adam will destroy his phone and replace it with a new one. He’ll open the door to Sharon Newman (Sharon Case), and Adam will be annoyed and tired of people being in his face. She’ll ask him what’s going on, and he’ll get rid of her and tell her to hang onto her life with Rey Rosales (Jordi Vilasuso).

Shortly after, Adam will arrive at Dark Horse with some demands. He’ll berate his siblings and explain that Victor Newman (Eric Braeden) wants him back at work, but he doesn’t want to be there. He wants to turn his back on everything but he wants three things in exchange.

Adam will explain that he wants $500 million, the location of Chelsea Newman (Melissa Claire Egan) and Connor Newman (Gunner and Ryder Gadbois), and custody of Christian Newman (Jamie and Alister Tobias). Nick will hit the roof, but Adam will say that Christian needs to be as far away from Victor as possible and that he wants to make a different kind of life with his son.

Adam will leave, and Nick and Victoria will bicker, then realize that this is exactly what Adam wants. Nick will say that there’s no way that Adam will get Christian. Victoria will wonder what Adam wants with Chelsea and Connor, and it will come out that Nick knows where they are, which will surprise Victoria. 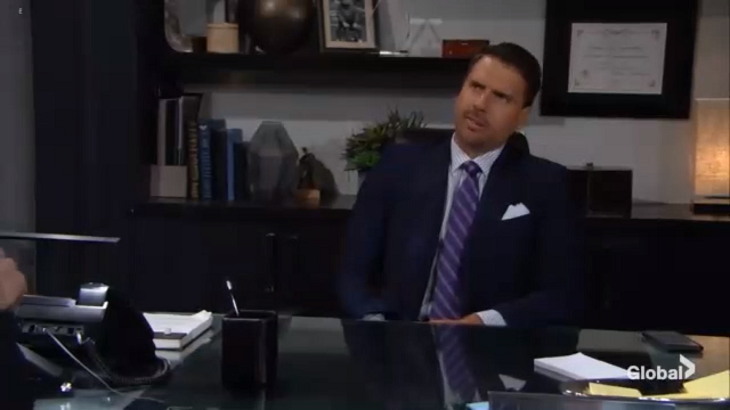 Nick will say that Chelsea has been in contact with him, but he hasn’t told her that Adam is alive. Victoria will say that he needs to prepare Chelsea for Adam to come back into her life because he’s going to anyway. After Victoria leaves, Nick will call Adam and say that he’s made a decision.

Next on Y&R, at Crimson Lights, Kyle Abbott (Michael Mealor) and Lola Rosales (Sasha Calle) will lament over not being able to find an apartment. Rey will arrive and say that he’s moving in with Sharon and his apartment is all theirs. They’ll soon leave to get Kyle moved in.

Later, Kyle will arrive at the apartment to move his stuff in, and the two will have a happy housewarming, but while they’re making out, dinner will burn and the fire alarm will go off. After some mishaps trying to turn the alarm off, the two will head to bed and make love.

Next on Y&R, Rey will arrive at Sharon’s to a “welcome home” banner and warm greeting from Sharon and Faith Newman (Alyia Alyn Lind). Rey will have brought books for Faith, and she’ll love them. They’ll make a deal to be open and talk out their problems, and Faith will say that it’s time for their first family meeting. She’ll lay out some cute ground rules, the most important of which is that Rey must keep Sharon happy. 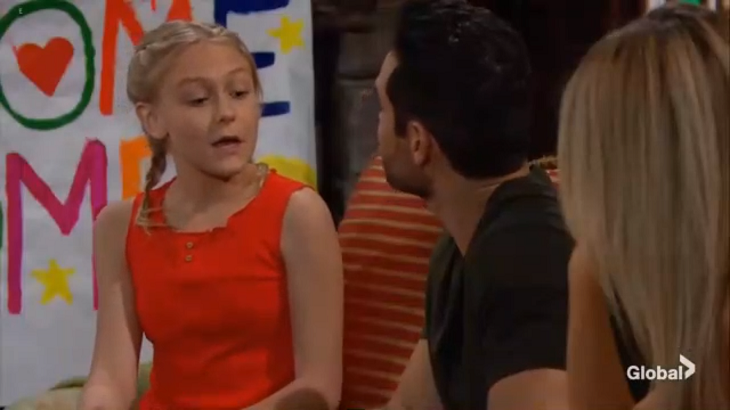 Meanwhile, at Crimson Lights, Mariah Copeland (Camryn Grimes) will nearly bump into “Jerod,” who will end up being the man who threw the brick through the window. They’ll sit, and he will say that he had no choice but to throw the brick, and they “can’t deny the connection.”

Next on Y&R, at Devon Hamilton’s (Bryton James) penthouse, Tessa Porter (Cait Fairbanks) will listen to her remastered song that Ana Hamilton (Loren Lott) produced – it’s totally different than Tessa wrote it. Then Tessa will try on some new clothes, and it just won’t be “her.” But Ana will love it.

Back at Crimson Lights, Jarod will be calling Mariah “trash” as Tessa walks in and demands to know what’s going on. Upon learning he threw the brick, Tessa will snap some pictures of him and threaten him with police action if he doesn’t leave. After he leaves, Mariah and Tessa will regroup and Tessa will recount her disaster session with Ana. 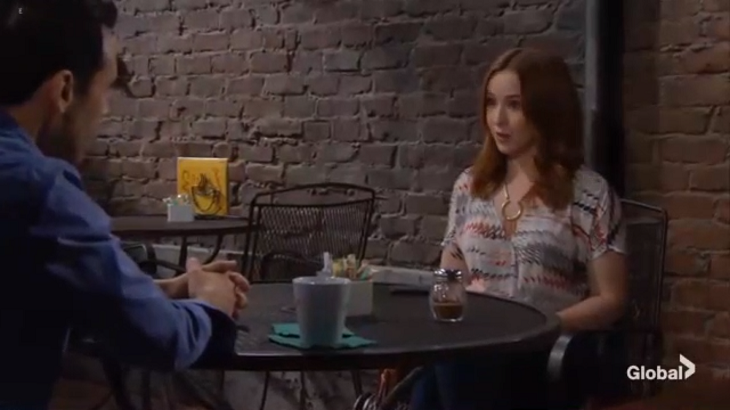 Tessa will be upset that Ana is removing her heart and soul from her music and image. Later, Tessa and Mariah will show up at Devon’s penthouse, and Tessa will tell Ana that her song is important to her, but that the original pulse of the song has been lost in the production.

Finally, on Friday’s new episode of Y&R, Ana will clearly tell Tessa that this is a business, and it all comes down to whether she wants a career in the music business or not. She’ll say that Tessa has talent, but it has to be done her way or they’ll cut ties. Tessa will tell Ana to burn the contract, and Ana will snark at Mariah that she got what she wanted…to hold Tessa back.