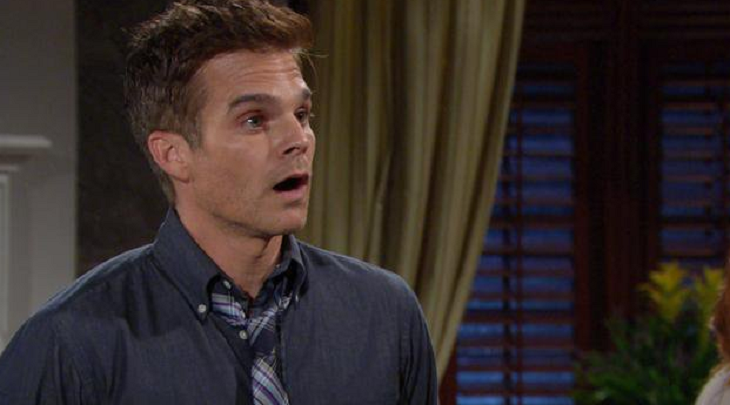 Greg Rikaart is returning to The Young and The Restless as Kevin Fisher to settle “unfinished business” this June. However, viewers may not see a bad-guy-turned-good-guy image as a much darker version of Kevin is coming back to Genoa City.

Last seen in February 2018, Rikaart will reprise his role on a recurring basis starting June 7. The soap hinted,

In May 2017, The Young and The Restless made a shocking decision to not renew Rikaart’s contract with the show, which he has been part of for 14 years. Fans were stunned and outraged over his exit from the show. Despite that, Rikaart said, “I am sad to leave a place I hold so dear but also really excited about what the future holds.”

When he left the show, he took on the role of Leo Stark on Days of Our Lives. After his last episode in Days aired, he said, “Playing Leo has been a gift. An absurdly fun and delicious gift.”

After wrapping up his stint in Days, news broke that he’s returning to The Young and The Restless, which delighted countless viewers who have been wanting to see him on screen again.

Kevin Fisher and @gregrikaart are back on Friday, June 7th and we could not be happier!!! We can't wait to see what is in store for our favorite Genoa City bad boy!! #KevinFisherReturns #YR pic.twitter.com/DfbmCIF9wt

Y&R Spoilers– How Long WIll Kevin Stick Around?

Rikaart originated the role of Kevin in 2003. Thanks to his excellent portrayal of the character, he won the Daytime Emmy for Outstanding Supporting Actor. He exited The Young and The Restless when his character decided to move to Oregon with Chloe Mitchell (Elizabeth Hendrickson) and Bella (Cali May Kinder).

The American actor rose to fame when he joined The Young and the Restless. However, he’s appeared in different series including Dawson’s Creek, The Closer, CSI: Miami, and Major Crimes. In 2005, he won the Daytime Emmy Award for Outstanding Supporting Actor and was nominated for the same category from 2005 to 2007, and 2018.