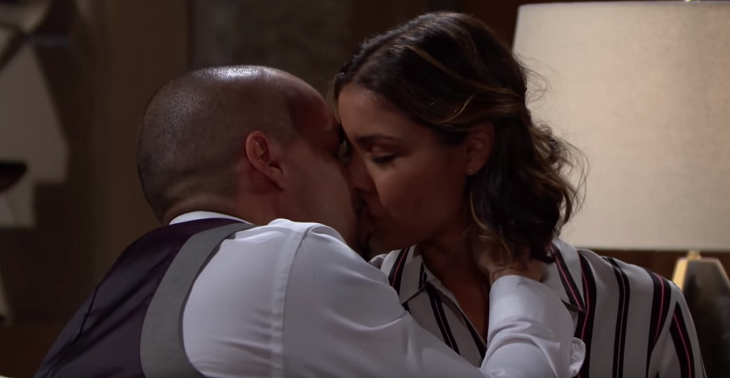 It’s been a busy few months for The Young and the Restless star Brynti Sarpy.  She said goodbye to General Hospital and debuted on Y&R in a matter of a few days.  To say it was a whirlwind is the understatement of the year.

After four years playing Valerie Spencer, she decided to soap hop to Y&R in a contract role as Elena Dawson.  It has been a huge change for the California native. So far, she is enjoying the soap swap and she is excited about what’s ahead.

TV Insider sat down with the actress and she revealed what it was like to soap hop, compared Elena and Valerie, and teased what’s ahead for her on Y&R.

Sarpy Wasn’t Expecting Such A Whirlwind

When Brytni agreed to swap soaps, she wasn’t expecting it to be as big of a deal as it was.  She thought since it was still a daytime role, she would walk on and it would be the same as her GH gig. Boy, was she wrong?  It was a huge change for her.

The Young And The Restless Spoilers: Friday, May 24 – Adam Makes His Demands – Mariah Meets Her Stalker – Kyle Moves In With Lola

“The fans have seemed to embrace that change really, really well…It’s just opportunities, a change of pace for me. It’s like when you are trying on a new shoe and seeing if it fits,” Sarpy revealed.

Even though the change has been difficult, the former GH actress said that she is content with her decision to join the Y&R cast.

Our #WCW this week is the stunning @_Brytni. ❤️ Do you think Elena is a good match for Devon? #YR pic.twitter.com/BbfhdI4fBi

“They are very similar and very different. They run the same way. My transition was pretty seamless. I knew what would go on and the timing of everything. I was aware of how the soap world works, but it was also different with new faces,” Sarpy said.

“CBS has this huge lot and Prospect Studios where I did General Hospital, it was a bit smaller and little more intimate. All-in-all, both places have a lot of people I love and care about.”

Sarpy thinks that Valerie was greener and much less mature than Elena.  But, as she pointed out, Valerie was a much younger character.  She feels empowered by the fact that both roles were strong women – a police officer and a doctor.

As for what’s ahead for Elena and Devon Hamilton (Bryton James), she teased that the fans will see the beginning of something special.  She added that it will be a roller coaster of emotions as Devon works through his grief and moving on from Hilary Curtis (Mishael Morgan).