The Bold And The Beautiful Recap, Friday, May 24: Brooke And Ridge Clash Over Their Kids — Liam Gives Thomas A Reality Check 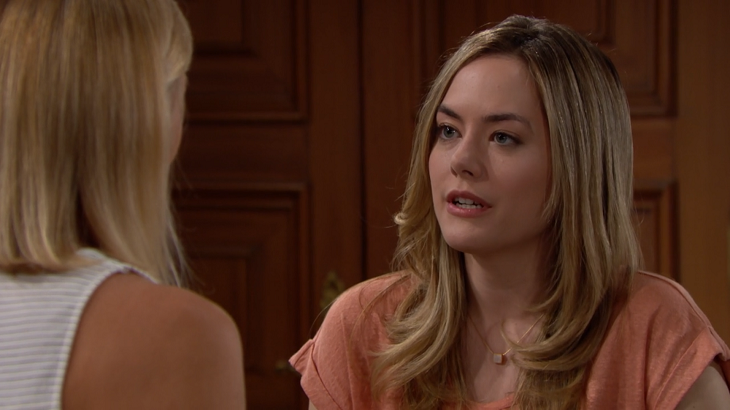 The Bold and the Beautiful (B&B) recap for Friday, May 24 finds Brooke Logan (Katherine Kelly Lang) and Ridge Forrester (Thorsten Kaye) arguing over what is best for Hope Logan (Annika Noelle) and Liam Spencer (Scott Clifton).

Meanwhile, Liam visits Thomas Forrester (Mathew Atkinson) and tells him exactly what is on his mind. Also, Hope is finally reunited with Phoebe, as Steffy Forrester (Jacqueline MacInnes) and the girls are back home from Paris.

Steffy is at home and she just put the girls to sleep. She’s surprised to see Liam waiting for her in her living room. Liam is feeling emotional and says that he misses his girls. He’s also feeling devastated over the fact that Hope wants to end their marriage. He blames Thomas for everything and tells Steffy that he plans on going to the Forrester mansion to give Thomas a good piece of his mind.

At the mansion, Brooke is begging Hope to reconsider her divorce to Liam. She tells her that Phoebe is not Liam’s daughter and that her first priority should always be her husband.

Hope argues with Brooke and says that she wants to be there for Douglas (Henry Joseph Samiri) as she thinks that they have a very strong connection. Hope still thinks Brooke continues to argue until Hope grabs her keys and storms out of the room.

Back at Forrester Creations, Ridge admits that he can tell Hope is drawn to Douglas but doesn’t think it’s a strong enough reason for her to break up her marriage to Liam. He suggests to Thomas that Hope can still be there for Douglas and be with Liam at the same time. Thomas doesn’t think it’s reasonable.

Instead, Thomas tells Ridge that he and Hope belong together for Douglas’ sake and that Liam does want to get back together again with Steffy. 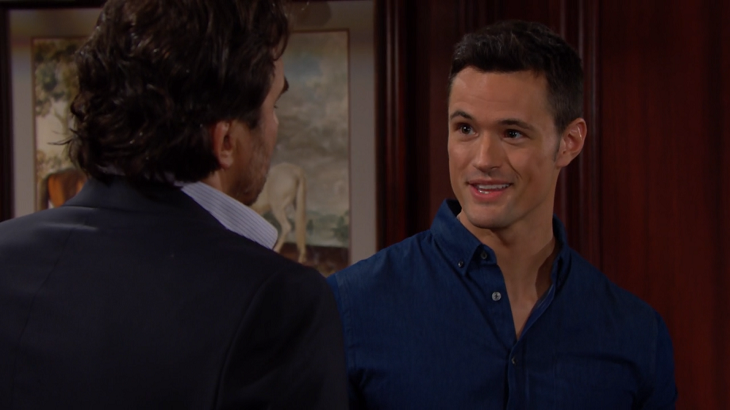 Liam then appears and begins to lash out at Thomas. He congratulates him for stealing his wife and tells him that Hope has decided to pull the plug on their marriage. Thomas says with a smirk that he’s proud of Hope for making the right decision and for putting the children’s interests ahead of her own.

Ridge then meets Brooke again at the mansion where a furious Brooke blames Thomas for everything that has been going on. Brooke thinks that Thomas is nothing but trouble and that all he has done is add to Hope’s pain. She also says that Hope shouldn’t be an ‘instant mom’ for Douglas. Brooke then demands that Ridge puts a stop to this and tries to convince Thomas to leave Hope alone. Ridge argues back that he doesn’t think it’s a good idea to stop Hope. He says that leaving Liam behind might be exactly what she needs right now. Brooke bursts into tears.