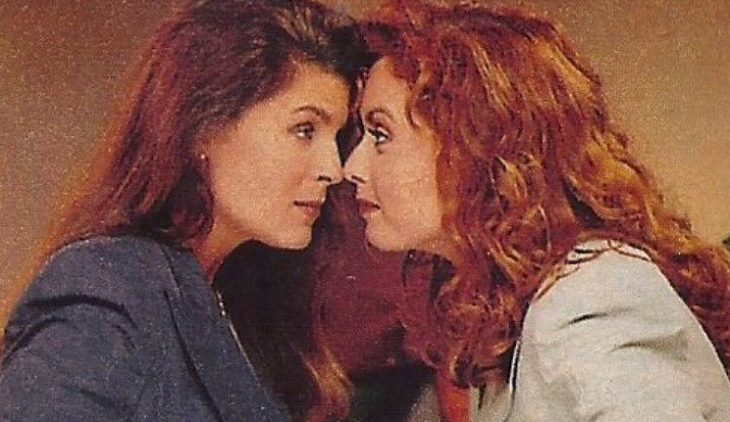 Kimberlin Brown’s alter ego, Sheila Carter, on The Young and The Restless has been named as one of the most iconic villains in the soap. Long-time viewers may recall that Sheila always had it in for Lauren Fenmore, portrayed by Tracey E. Bregman.

However, Brown was quick to defend her character and said Sheila wasn’t always a bad person. Something flipped insider her when “Lauren pushed her over the edge.”

“Lauren didn’t want Scott and then only wanted him when Sheila did,” she pointed out. “Sheila was doing everything she could for a man that she fell in love with…” and that’s when Sheila changed.

Y&R Sheila and Lauren Have Quite A History

Sheila did a lot of awful things. She roofied Lauren’s husband, Scott Granger (Peter Barton, just so she can have sex with him, stole Lauren’s baby and pretended that it was her own, and even went as far as plotting murders as if it was something ordinary. Although it appeared that Lauren was the one who started their feud, she didn’t have any homicidal tendency, unlike Sheila.

Brown recalled a scene where they crossed over to The Bold and The Beautiful, when her alter ego, Sheila, almost drowned Lauren in a Jacuzzi. They also got into countless lab and cabin fights. Their confrontations were always something to see.

When taping such scenes, Brown said, “There were so many shots that were superimposed, where you had to be so still while looking into the mirror and talking to yourself and then the mirror talked back as evil Sheila.”

She was proud to say that she and Bregman managed to maintain the Lauren and Sheila feud to the viewers. She attributed the success of their storyline to the special chemistry that she has with Bregman.

Brown explained, “Tracey and I believed what we were doing. We both came up with our own reality that made our characters so convincing in those storylines. I look forward to more of those days ahead.”

Although it seemed like Sheila and Lauren were on the verge of killing each other on screen, the actors that portray them are actually good friends off-screen.

“We talk periodically, catch up on Instagram and that kind of thing,” Brown revealed. “I don’t live in Los Angeles, but when I’m in town [to shoot B&B, where Sheila makes appearances], we definitely run into each other in the hallway and scream and hug. I wish nothing but the best for Tracey, and I know that she feels the same.”

Brown appeared on other shows like Port Charles, One Life to Live, and The Bay: The Series.