The Young And The Restless Spoilers: Monday, May 27 – Adam Makes A Deal With Victor – Victoria Gets Ruthless – Nate Has Bad News For Victor 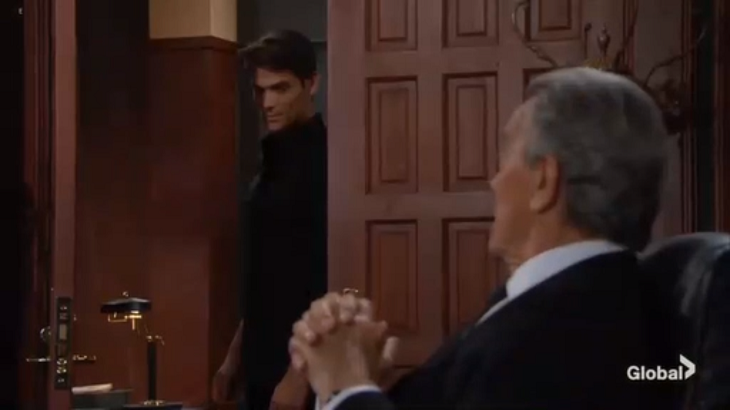 The Young and the Restless (Y&R)  spoilers for Monday, May 27, tease that Lola Rosales (Sasha Calle) and Kyle Abbott (Michael Mealor) will wake up after their first night in Rey Rosales’ (Jordi Vilasuso) old apartment. They’ll discuss adding their own stamp to the apartment and a place for Lola’s cookbooks.

Kyle will head to work, and Lola will hang at the apartment. Outside the door, Kyle will text Abby Newman (Melissa Ordway) and ask her to get Lola out of the apartment because he’s got a surprise for her to arrange.

Meanwhile, at Crimson Lights, Victoria Newman (Amelia Heinle) and Billy Abbott (Jason Thompson) will discuss Adam Newman (Mark Grossman), and Victoria will fill Billy in on Adam’s demands. Billy will balk at the demands and say that now the issue will be what Adam will do when he doesn’t get what he wants.

They’ll discuss Chelsea Newman (Melissa Claire Egan), and Victoria will disclose that Nick Newman (Joshua Morrow) knows where she is. Billy will be surprised, but he’ll assure Victoria that she can tell him anything and she doesn’t have to worry about him, even though when he looks at Adam, he sees Delia Abbott (Sophia Pollono).

Billy will promise he won’t go rogue when it comes to Adam, but he’ll say that they do need a plan. Victoria will say that her next move will be to let Victor Newman (Eric Braeden) know what Adam’s planning.

Next on Y&R, at the tack house, Nick will arrive to see Adam. He’ll tell Adam that his answer is “go to Hell” and he’ll never hand over Christian Newman (Jamie and Alister Tobias). They’ll bicker, and Nick will say that he doesn’t know where Chelsea is. Adam will get frustrated; he just wants his life back. Nick will say that tall Adam cares about is himself. 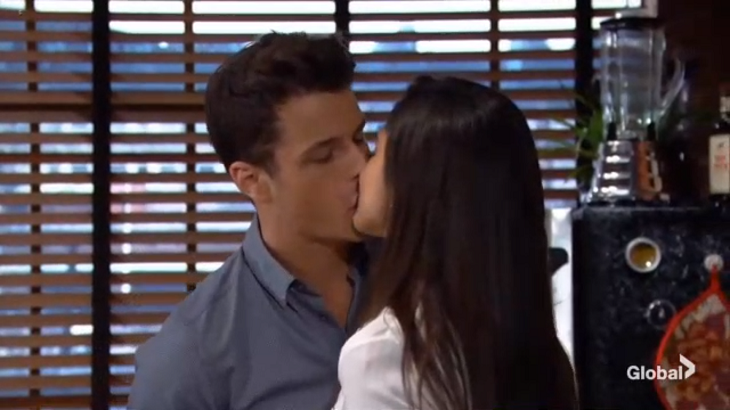 Young And Restless Spoilers– Nick Refuses To Cave To Adam

The talk will turn back to Christian, and things will get more heated. Adam will basically threaten Nick by telling him that he hopes he doesn’t end up regretting how he’s handled this. Nick will get in Adam’s face, but Adam will tell him that “we’re done here.”

Next on Y&R, at Newman Enterprises, Nate Hastings (Sean Dominic) will arrive to see Victor. Victor will ask about “the diagnosis” and Nate will say that it’s not good news, but that “we can fight it.” Victor will want to know about all the options, no matter how experimental.

Nate will then head to Society to see Abby. They’ll flirt a little, and Abby will promise to text him regarding when she’s available for a date. Later, Abby will stop by Lola and Kyle’s apartment to drop off a present for Lola. The talk will turn to Nate, and Abby will admit that they’re going to go out on a “sort-of date” soon. Abby will suggest they go out and shop and Lola will agree.

Next on Y&R, at Jabot, Jack Abbott (Peter Bergman) will be deep in thought when Billy arrives. They’ll discuss Dina Mergeron (Marla Adams) and her recent episode, as well as their decision to put her in a memory care facility. The talk will turn to Adam, and they’ll agree to disagree on that subject. 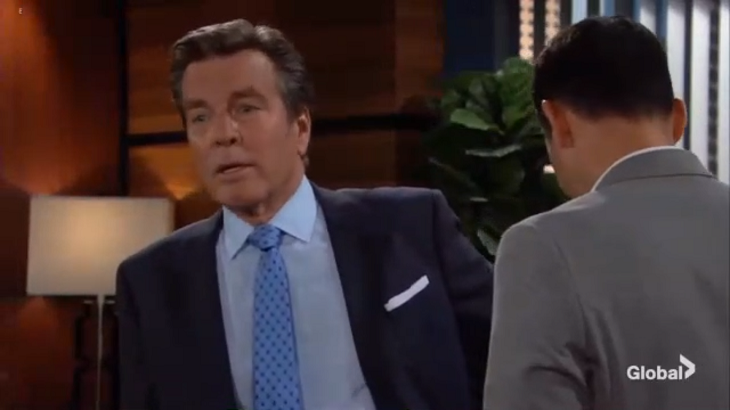 They’ll discuss Jabot business, and talk will turn to Billy’s relationship with Victoria. He’ll tell Jack that they’re planning a commitment ceremony – like a wedding without a wedding. Billy will wonder if Jack’s ready to date. Later, Jack will nearly call the woman that Lauren Baldwin (Tracey Bregman) set him up with, but he’ll end up calling Lauren instead and asking her to drinks later.

At Newman Enterprises, Victoria will arrive and ask Victor directly whether he’s going to bring Adam back to the company and put him above her. Victor will skirt the question by saying they each have different sets of strengths. Victoria will get upset and berate Adam. She’ll tell Victor about Adam’s demands and his desire to get as far away from him as possible. Victor will laugh.

Young And Restless Spoilers– Adam Makes A Deal With Victor 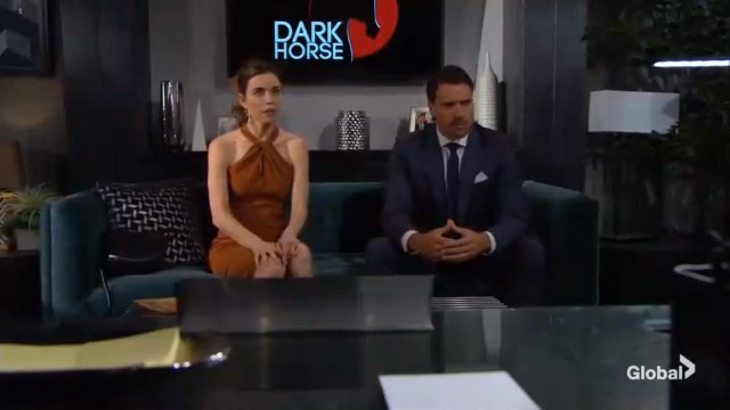 Adam will say that he is going to find Chelsea and Connor Newman (Michael and Nolan Webb) no matter what, and Victor will tell Adam that he has gone about this all wrong.

Next on Y&R, back at Kyle and Lola’s apartment, Kyle will drag in a big box – a to-be-assembled shelf for Lola’s cookbooks. Later, Lola will return to find Kyle on the floor, frustrated and unable to put the bookshelf together. Lola will say that she loves Kyle, and they’ll put the shelf together as a team.

At Dark Horse, Victoria will arrive to see Nick and fill him in on her talk with Victor and Adam’s admission of his demands. She’ll then head to Jabot to see Billy and update him on the goings-on with Adam and Victor. Billy will ask her what she’s going to do, and she’ll say that she’s going to let the boys see her ruthless side. 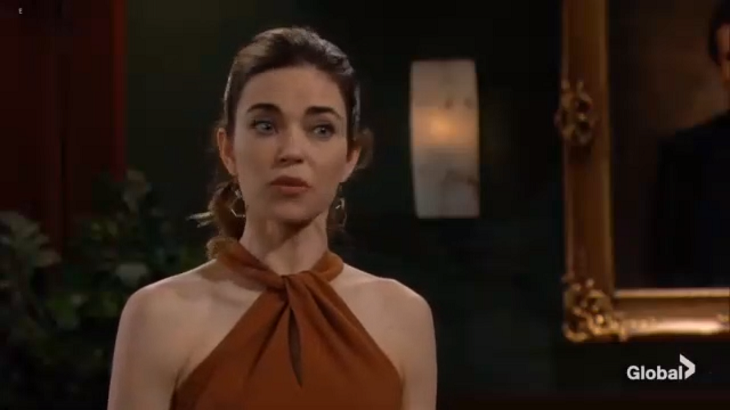 Meanwhile, at Dark Horse, Nick will look at a picture of Christian, then call someone and ask them to meet him at his place.

Finally, on Monday’s episode of Y&R, Victor will tell Adam that the trail for Chelsea has gone cold, and Adam will say that they need to heat up the hunt. Adam will ask Victor if he’ll help him be a father to Christian, and that if he does, “I’m all yours.” Victor will smile.