The Young And The Restless Spoilers: Neil’s Will Is Read– Lily Gets Upset When Michael Refuses To Ask Cane To Leave 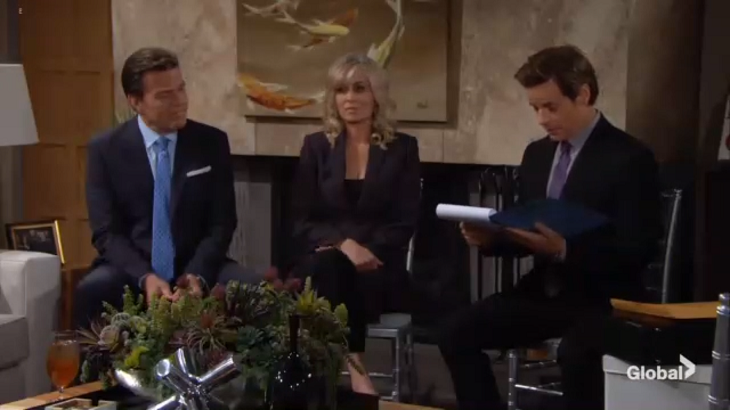 The Young and the Restless (Y&R) spoilers for the week of May 24 tease that Neil Winters’ (Kristoff St. John) will is read and parts of it will be shocking to the Winters/Hamilton family.

Here is what you need to know about what’s coming up on Y&R.

Devon is still upstairs when Lily arrives to hear her father’s wishes.  She is not happy to see Cane there.  Y&R spoilers state that Lily suggests that Michael or someone else should ask Cane to leave because this is a family matter.  Of course, Michael refuses to do that and he lets her know that Cane is present because Neil named him in his will.

“While Lily will always cherish her time with Cane, Neil’s passing has given her some perspective on the importance of taking risks and living for today. Lily feels that she has no other choice but to move on and never reconcile with Cane,” head writer Josh Griffith shares.

Many of Neil’s friends were puzzled they were included in his will. Y&R spoilers state that many of them can provide for themselves.  They don’t need any financial help so the fact, he left them a piece of his fortune was confusing.

After Michael reads the will, everyone learns you cannot put a price on Neil’s (and Kristoff St. John’s) legacy.  He proves that he was a genuine, authentic, and all around great person.  He leaves money for his children and grandkids.  He makes sure the foundation is well funded.  And, he makes sure his friends know how much he cared for them and their support over the years.

“Neil’s bequests are deeply heartfelt and will leave a lasting impression on his loved ones,” Griffith teased.

Expect for this episode to be a tear jerker in the final goodbye to Neil.  Don’t forget to come back later for more The Young and the Restless (Y&R) spoilers, news, and casting updates!  And as always, don’t forget to check back with Hollywood Hiccups for all the latest news, updates and spoilers on The Young and the Restless (Y&R)and all of your favorite daytime television shows right here!