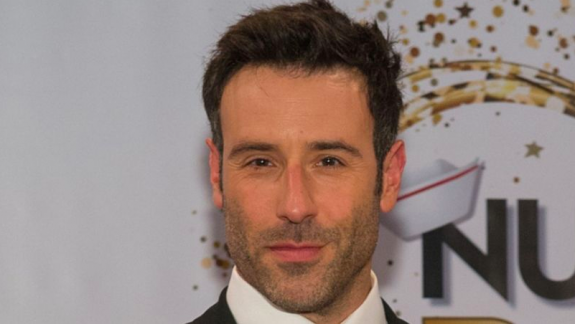 General Hospital (GH) spoilers for the week of Monday, May 27 through Friday, May 31 reveal Ava Jerome (Maura West) knows she is in a precarious position when it comes to serial killer Ryan Chamberlain (Jon Lindstrom) and attempts to buy herself more time.

Will Ryan figure out what Ava is up to before it’s too late? Although Curtis Ashford (Donnell Turner) has been extremely wrapped up in finding Ryan with Laura Webber (Genie Francis), he will be settling in Port Charles as he stands by his gravely ill wife, Jordan Ashford’s (Briana Nicole Henry) side.

GH sources tease that Dr. Monica Quartermaine (Leslie Charleson) with give Drew Cain (Billy Miller) her blessing. As spoilers have already revealed, Billy Miller and Tamra Braun, who portrays Dr. Kim Nero will be off screen for a little while; maybe this is the time they take their son, Oscar Nero’s (Garren Stitt) ashes to Mount Kilimanjaro.

Cult leader, Shiloh (Coby Ryan McLaughlin) will continue his deception and toy with both sides of the fence. He is extremely gifted with words but will people buy into the tale he is spinning? Kristina Corinthos Davis (Lexi Ainsworth) will be forced to explain herself.

General Hospital spoilers show Nina Reeves (Michelle Stafford) will be able to enjoy time with her “daughter,” Sasha Gilmore (Sofia Mattsson). Nina and Valentin Cassadine (James Patrick Stuart) have never hid their disdain for school teacher, Willow Tait (Katelyn MacMullen), but this week she will find an ally in Lulu Spencer Falconeri (Emme Rylan) who will support her.

In other GH spoilers, Franco Baldwin (Roger Howarth) will feel the need to be confrontational. Will he finally have the chance to confront Ryan for all the grief he has caused him; including killing his beloved, Kiki Jerome (Hayley Erin)?

Sam McCall (Kelly Monaco) who has put herself in some very dangerous situations for the ones she loves, will proposition Jason Morgan (Steve Burton) this week. Could this finally be the reunion JaSam fans have been waiting for?

If you've ever wondered what goes into bringing the #NursesBall to life, look no further! @IngoRademacher #GH #BehindTheScenes pic.twitter.com/FJk5ZNTMeE

Scott Baldwin (Kin Shriner) will continue to prove his loyalty to his friend, Ava Jerome; supporting her after the trauma of losing Kiki and everything she has endured by deranged Ryan Chamberlain. Margaux Dawson (Elizabeth Hendrickson) will struggle with her feelings towards the end of the week.

Please note that General Hospital (GH) will not be airing a new episode on Monday, May 27 due to the holiday; but will air the encore episode from April 2; the anniversary special.

Be sure to tune into ABC’s General Hospital (GH) on Monday, May 27  to catch up on all the excitement unfolding in Port Charles right now. Check Hollywood Hiccups often for updates, news, rumors, and spoilers!