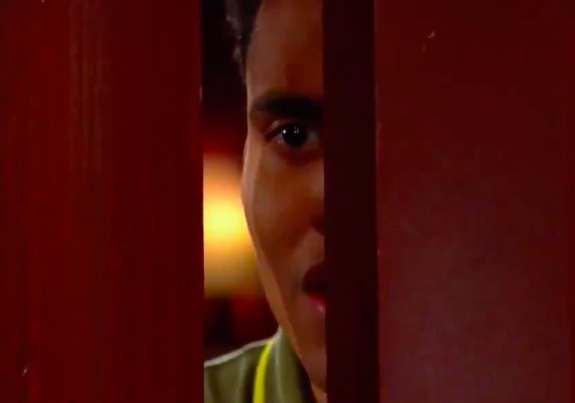 The Bold and the Beautiful (B&B) spoilers for the week of May 27 tease that a massive baby showdown is about to go down and Zoe Buckingham (Kiara Barnes) will be left scrambling after Xander Avant (Adain Bradley) overhears a conversation about Beth being alive.

Thomas Forrester (Matthew Atkinson) will be thrilled that his plan to come between Hope Logan (Annika Noelle) and Liam Spencer (Scott Clifton) worked. Here’s what coming up ahead on B&B.

On Monday’s show, Liam will visit Thomas and let him know that while he broke up his marriage, he didn’t win Hope. Liam will blast him and his scheme, pointing out that Hope may love his son Douglas but she will never love him.

The Bold And The Beautiful Spoilers: Steffy Encourages Liam – Is A Steam Reunion Coming?

Of course, Thomas doesn’t agree and he thinks, in time, he and Hope will be in love and happy. Liam boldly screams at him that he’s delusional because Hope will be back in his arms soon.

And, Liam is right. Once the baby secret comes out, he and Hope will reunite and be stronger than ever.

Bold And The Beautiful Spoilers: Flo Fulton Wants To Spill Her Secret

Here we go again with Flo Fulton (Katrina Bowden) and her desire to come clean to her cousin Hope. B&B spoilers say that she will tell Zoe that it’s not fair that Hope’s marriage is ending over her losing Beth. She will point out to Zoe that they can stop it and reveal the truth.

Flo even tells Zoe that she is willing to sacrifice her relationship with Wyatt Fuller (Darin Brooks) because she feels terrible about the state of Lope’s marriage. However, Zoe disagrees and she hollers they have to stay quiet and never tell anyone that Beth is alive.

A new complication is that Xander overheard the truth about Beth and he will corner Zoe, forcing her to come clean. Eventually, she tells him the truth but makes him swear that he will not say anything yet.

B&B spoilers state that Xander feels this an awful thing to keep from Hope and he encourages Zoe to come clean.