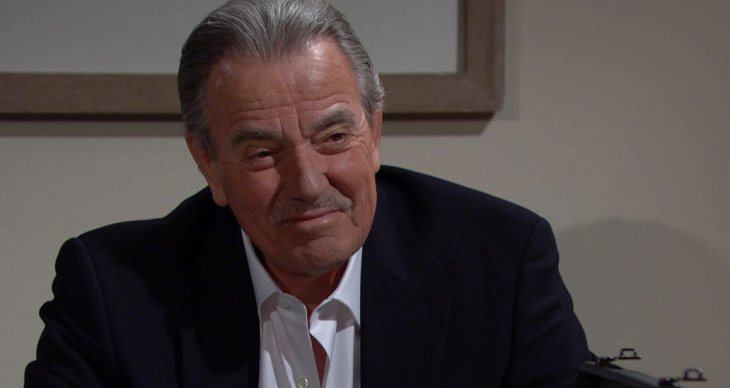 The Young and the Restless (Y&R) spoilers indicate that there will be plenty of new twists and turns in Genoa City this summer. In fact, Adam Newman (Mark Grossman) will stop at nothing until he gets what he wants, and that includes Chelsea Newman (Melissa Claire Egan) and the life they once had. But if there are two people willing to stop him, it’s Nick Newman (Joshua Morrow) and Victoria Newman (Amelia Heinle).

Head writer Josh Griffith tells Soap Opera Digest in an interview, “Adam is ready to reclaim his life that includes Chelsea, Connor, and Christian. Chelsea and Connor are missing in action and Adam will stop at nothing to reunite with them. Adam will form a surprising alliance and use this relationship to his advantage. Meanwhile, Nick and Victoria unite and prepare for battle as they wait for Adam to plot his next move.”

And while Adam will certainly continue to cause a commotion, all of this drama will bring together Victor Newman (Eric Braeden) and Nikki Newman (Melody Thomas Scott). Griffith adds, “Victor and Nikki will unite like never before when they must face an unexpected challenge. When the going gets tough, Victor and Nikki stick together and this time will be no different.”

What’s more, the Abbots will also discover that there is a threat to Jabot from outside of the Abbott family. Also, things will take an interesting turn between Kyle Abbott (Michael Mealor) and Lola Rosales (Sasha Calle) when they decide to move in together.

And even though Summer Newman (Hunter King) will continue to be a thorn in their side, things will change when she finds a new love interest, too. But that won’t be the end of Lola’s problems. Expect to see Kyle interested in this new man in Summer’s life, if not also a little jealous!

Summer won’t be the only Newman with a new man in her life. Abby Newman (Melissa Ordway) will also be getting hot and heavy with a very handsome doctor. Here’s hoping she won’t make the same mistakes that she made with Arturo Rosales (Jason Canela). Fans will simply have to tune in to find out what will happen next!