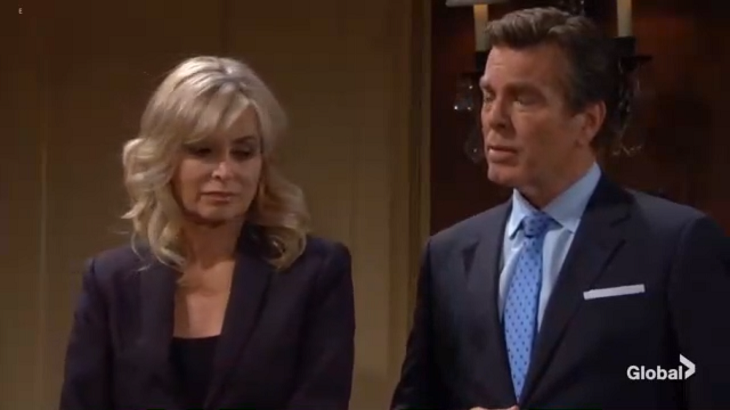 There is some exciting casting news to report on the four soap operas –Bold and the Beautiful, Young and the Restless, Days of Our Lives, and General Hospital—for the week of May 27. Here’s what you need to know about what’s ahead on your favorite soaps.

Bold And The Beautiful

A new Phoebe Forrester is in the house, so to speak. River Davidson and Madeline Valez will play the infant.

Steffy Forrester (Jacqueline MacInnes Wood) is back. The actress shared that she has some heavy scenes coming up.

How To Get Away With Murder scored a series renewal on ABC. Rome Flynn, actor who played Zende Forrester, is a series regular on the show.

The Young And The Restless

Eileen Davidson will return as Ashley Abbott on Tuesday, May 28. She will appear to see her mother, Dina Mergeron (Marla Adams) and for Neil Winters’ (Kristoff St. John) will reading.

The Bold And The Beautiful Spoilers: Tuesday, May 28 – Thomas Stuns Hope With A Kiss – Flo And Wyatt Enjoy Some Alone Time

Christel Khalil will appear as Lily Winters on Wednesday, May 29 for her father’s will reading. She will have a face-off with Michael Baldwin (Christian LeBlanc) and Cane Ashby (Daniel Goddard).

Tyler Johnson will play the role of Theo Vanderway. He will be Summer Newman’s (Hunter King) new love interest and cause some unknown chaos in Genoa City.

Stacy Haiduk will appear as Kristen Dimera. She has been in town a few weeks as Nicole Walker (Arianne Zucker). Somehow, she has a mask and it’s really Kristen.

Vanessa Williams will return as Valerie Grant. There isn’t any word on when she will pop up in Salem. So, look for her in the future.

Rebecca Budig will reprise her role of Hayden Barnes soon. She left Port Charles in 2017. GH has not released her first airdate yet/. They just teased to expect her return in the summer.

Tamara Braun, who plays Kim Nero, and Billy Miller, who plays Drew Cain, will exit GH for a short while. They will go to Mt Kilimanjaro to sprinkle Oscar Nero’s (Garren Stitt) ashes.

Are you excited about what’s coming up on your favorite soap opera? Don’t forget to come back for more casting news and updates! Stay tuned to Days of Our Lives and keep checking Hollywood Hiccups spoilers frequently for all the latest news, updates and developments!