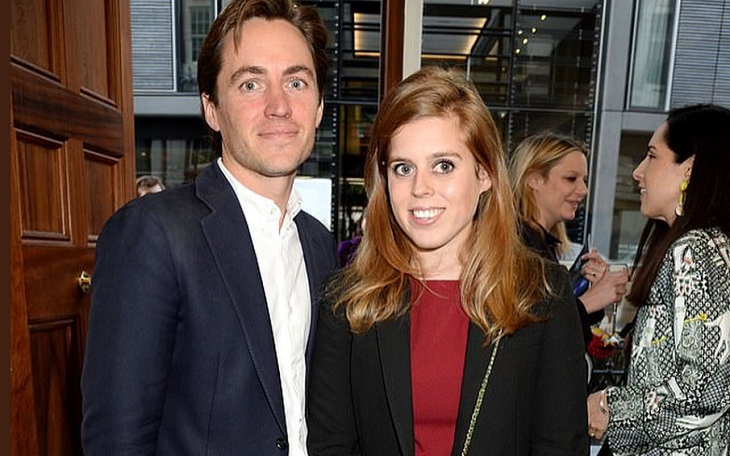 Is Princess Beatrice suddenly single again? That’s what a lot of royal fans can’t help but wonder as there’s a new report that suggests Beatrice’s boyfriend Edoardo Mapelli Mozzi might have pulled the plug on their relationship and went back to his ex-fiance instead. Here’s what you need to know.

According to Britain’s Express, one eagle-eyed royal fan noticed that the Italian businessman has been spending his spare time ‘liking’ his ex Dara Huang’s photos on Instagram. Even though he personally hasn’t said anything about his relationship with Beatrice or Dara for that matter, there are some critics who believe that this is a bad sign in Beatrice and Edoardo’s relationship. Edoardo and Dara, who is also a successful architect and designer, share a 2-year-old son together.

Does Princess Beatrice Have Relationship Troubles?

And while there might be some awkwardness between Edoardo and Beatrice over his social media practices, the couple did attend Lady Gabriella Windsor and Thomas Kingston’s royal wedding at St. George’s Chapel earlier this month. They arrived alongside Beatrice’s mother Sarah Ferguson for the event.

Meanwhile, royal insiders suggest that the couple is still going strong, despite their long-distance relationship. Edoardo lives in London full time while Beatrice splits her time between London and New York City, where she works as a business consultant. They’ve only made a handful of appearances together in public, including one back in March at the Portrait Gala at London’s National Portrait Gallery.

Beatrice Has Not Responded To The Report

One royal insider put it this way, “They hit it off instantly and have a real laugh together. They’ve been on holiday together and Beatrice introduced him to Fergie and her dad. Things are moving very quickly and it wouldn’t surprise anyone if they got engaged within a short period of time.”

So far Princess Beatrice herself hasn’t made any comments about the report, but at this point, it’s doubtful that she will. After all, it’s safe to assume that Edoardo and Dara have a close relationship with each other, seeing how they are both raising a 2-year-old son together. We are sure that Beatrice has nothing to worry about. At least, that’s our hope!