The Bold And The Beautiful Recap, Monday, May 27: Hope Needs Steffy’s Help–Brooks And Ridge Disagree About Lope Split 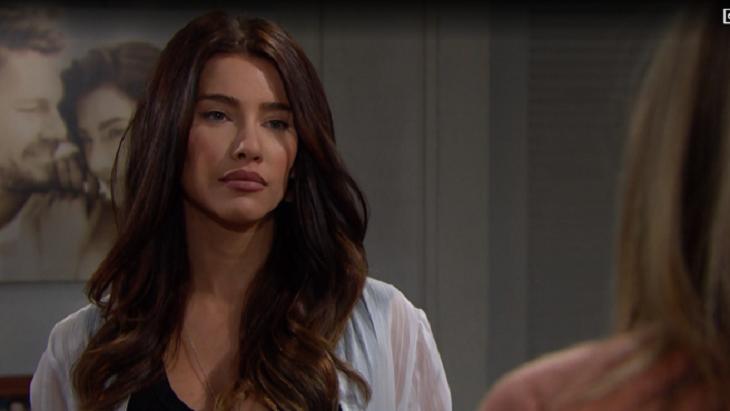 The Bold and the Beautiful recap for Monday, May 27 finds Hope Logan (Annika Noelle) asking Steffy Forrester (Jacqueline MacInnes Wood) for her help in ending her marriage to Liam Spencer (Scott Clifton). Also, Wyatt Spencer (Darin Brooks) and Flo Fulton (Katrina Bowden) continue to reconnect at the mansion while Liam gives Thomas Forrester (Mathew Atkinson) another warning to back off.

It begins at the cliff house, where Steffy is surprised to hear that her adopted daughter Phoebe is actually a Logan. Now it makes sense to her why Hope and Phoebe have bonded so well. Steffy tries to put Phoebe down for a map, but Hope insists that she does it.

Hope once again mentions how deep her connection is to Phoebe, how much she missed her while she was in Paris and how she feels the need to nurture her in every way possible. However, she backs off a little and realizes that she can’t do this because Steffy is actually her mother. She then talks about how she wants to be a mother for Douglas Forrester (Henry Joseph Samiri) and asks Steffy her help in ending her marriage to Liam.

At the Forrester mansion, Wyatt calls out for his mother but finds Flo instead. Flo still can’t believe that she’s living in a mansion. He tells her that his mother Quinn Forrester (Rena Sofer) left for a spa retreat.

She also mentions that Shauna Fulton (Denise Richards) went back to Las Vegas to retrieve some of her things. Wyatt is pleased to know that they are at the mansion by themselves.

They flirt heavily before deciding to take a swim in the pool. Flo takes a good look at Wyatt in his suit and can’t believe that they are dating once again.

BOLD Spoilers– Brooke And Ridge Disagree About Their Kids

Over at Brooke Logan’s (Katherine Kelly Lang) mansion, she and Ridge Forrester (Thorsten Kaye) talk about the situation between Hope and Logan. Brooke doesn’t understand why Ridge thinks it’s best to let Hope do what she wants to do. 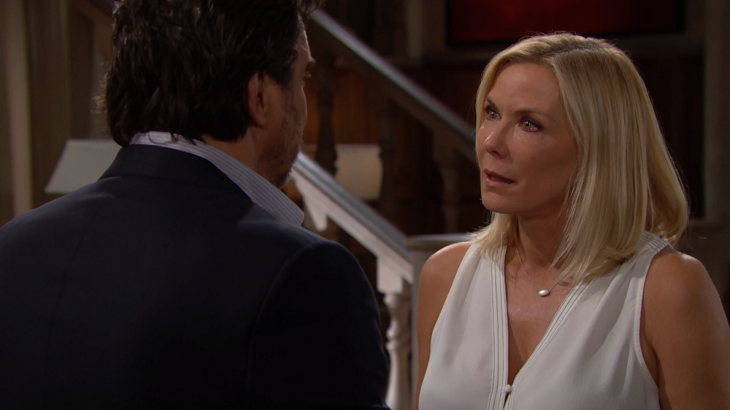 Ridge counters that Hope is feeling pressured right now and that the last thing anyone should do is make her do something she’s against. Brooke points out that Thomas has been playing mind games with Hope and demands that Ridge puts a stop to it.

At Forrester Creations, Liam tells Thomas to back off from Hope. However, Thomas doesn’t think he’s doing anything wrong. Liam says that no matter what happens to his marriage, he will make sure that Thomas stays away from Hope.