The Bold And The Beautiful Spoilers: Tuesday, May 28 – Thomas Stuns Hope With A Kiss – Flo And Wyatt Enjoy Some Alone Time 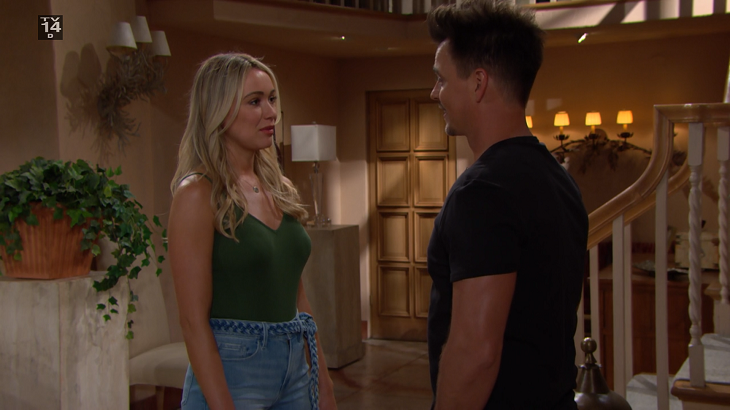 The Bold and the Beautiful (B&B) spoilers for Tuesday, May 28, tease that Hope Spencer (Annika Noelle) is in for a big surprise. She’ll have an interaction with Thomas Forrester (Matthew Atkinson) during which Thomas will completely stun her.

As B&B viewers know, Thomas has been really ramping up his efforts lately to get Hope to agree to become a mother to his son Douglas Forrester (Henry Joseph Samiri) and a partner for himself.

Most recently, Thomas arranged it so that he “found” a letter from the late Caroline Spencer (Linsey Godfrey) in which Caroline wrote about her desire for a woman to step in and raise Douglas in the event that something happened to her. The letter really spoke to Hope, but of course, B&B viewers know that Thomas actually wrote the letter.

Nevertheless, Thomas’ scheme worked, and shortly afterward Hope decided to end her marriage to Liam Spencer (Scott Clifton). The Bold and the Beautiful spoilers say that Thomas will be feeling particularly smug about his plan working, and that will lead him to take a drastic move. As he’s talking to Hope, he’ll lean in and kiss her yet again!

B&B spoilers say that Hope will be stunned by the kiss, but viewers will have to wait to see how Hope responds this time. Of course, the last time that Thomas kissed her, she instantly pulled away and called him out on his blatant attempt to come between her and Liam. But what will she do this time?

Meanwhile, on Tuesday’s episode of B&B, Wyatt Spencer (Darin Brooks) and Florence “Flo” Fulton (Katrina Bowden) will spend the afternoon together at the Forrester estate. Wyatt dropped by looking for his mom but found Flo instead, and the two decided to hop in the pool and enjoy some time together. 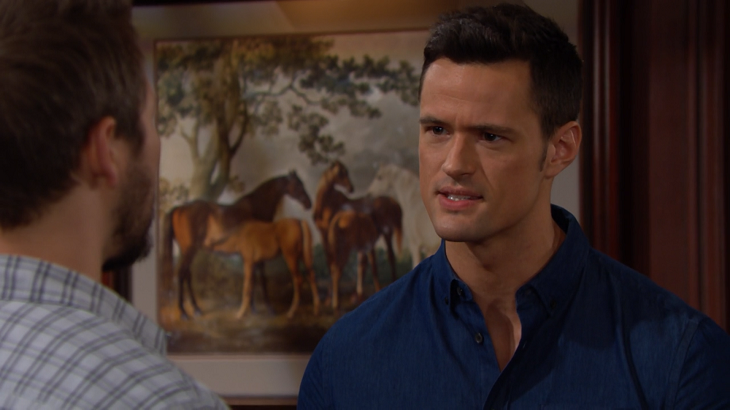 Look for the two to enjoy their blossoming romance and getting reacquainted with each other. Viewers should see some fun scenes between the former high-school sweethearts, as Flo manages to get some welcome relief from all of the guilt she’s been feeling over keeping the baby secret from Hope and Liam.

As B&B viewers know, Flo has been under immense pressure from Zoe Buckingham (Kiara Barnes) and Shauna Fulton (Denise Richards) to keep her mouth shut about Reese Buckingham’s (Wayne Brady) baby swap and adoption scam. She really needs some time away from all of the pressure, and it looks like that’s what she’s going to get.

Be sure to tune in on Tuesday to catch up on everything happening on B&B right now. Check Hollywood Hiccups often for updates, news, rumors, and spoilers! As always, more detailed spoilers and a full collection of pictures for the week in question will appear on Soap Opera Spy, where there will be more clues and hints over exactly what’s going on.