Days Of Our Lives Spoilers: Ben Remembers Startling Detail About Cabin Fire — Is It About Claire? 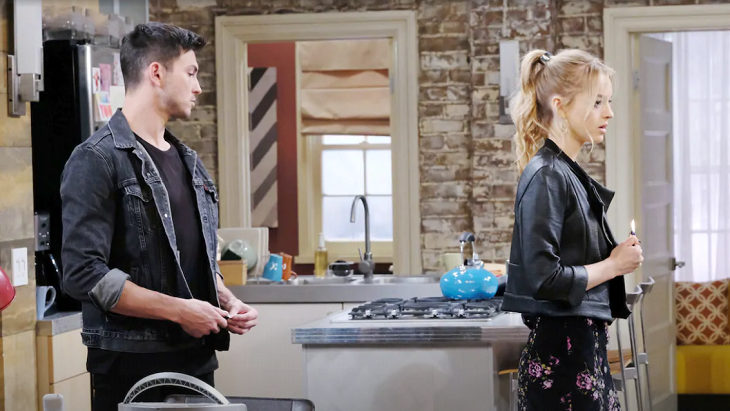 Days of Our Lives (DOOL) spoilers tease that Ben Weston (Robert Scott Wilson) will be feeling uneasy. He has long been under suspicion for setting the first cabin fire that nearly killed Ciara Brady (Victoria Konefal) last year. Ben is convinced that he didn’t do it, but he’s starting to feel like he needs to secure proof of that.

For one, there’s a new police commissioner in town who is itching to bring Ben down any way she can. Ben was probably hoping that he’d never run into Eve Deveraux (Kassie DePaiva) again, but he did, and once again Eve physically attacked him and railed against him. As DOOL viewers know, back when Ben was sick, he killed Eve’s daughter Paige Larson (True O’Brien), and Eve is determined to use her new position to bring Ben down.

In addition, Ben is starting to suspect that Claire Brady (Olivia Rose Keegan) may be the person who set the cabin fire. Ben walked in on Claire about to set fire to a pile of Tripp Dalton’s (Lucas Adams) clothes, and it really gave him food for thought. After all, at the time of the cabin fire, Ciara and Claire weren’t getting along, and Claire is known for being on the unstable side.

According to Days of Our Lives spoilers, Ben will decide that it’s time to get to the bottom of what really happened on the night of the cabin fire. He’ll voice his suspicions about Claire possibly setting the fire to Ciara, but Ciara won’t want to believe that Claire could have done such a thing.

So, Ben will go to Marlena Evans (Deidre Hall) for assistance. Marlena has hypnotized him before about the night of the fire, and he remembered that he wasn’t the person who set the fire, but now he’ll want to go back under to see if he can remember anything that will indicate who else might have been on the scene that night.

Days of Our Lives spoilers say that Marlena will agree and the two will have another hypnosis session. And this time, Ben will remember something new. He won’t remember seeing anything or anyone, but he’ll remember hearing a ringtone from a phone. As it turns out, it will be a distinctive ringtone.

Of course, who the ringtone belongs to remains to be seen, but we’re betting that it will end up belonging to Claire’s phone, and it will only be a matter of time before Ben ends up hearing that ringtone again. It will be a big clue, but DOOL viewers will have to wait to see how long it takes for that ringtone to implicate Claire.

Of course, the race will be on for Ben, since DOOL viewers know that Eve would like nothing more than to frame Ben for setting that cabin fire so she can put him away for good. Do you think Ben will solve the ringtone mystery before Eve does him in?

As always, more detailed spoilers and a full collection of pictures for the week in question will appear on Soap Opera Spy, where there will be more clues and hints over exactly what’s going on. Stay tuned to Days of Our Lives and keep checking Hollywood Hiccups spoilers frequently for all the latest news, updates and developments!