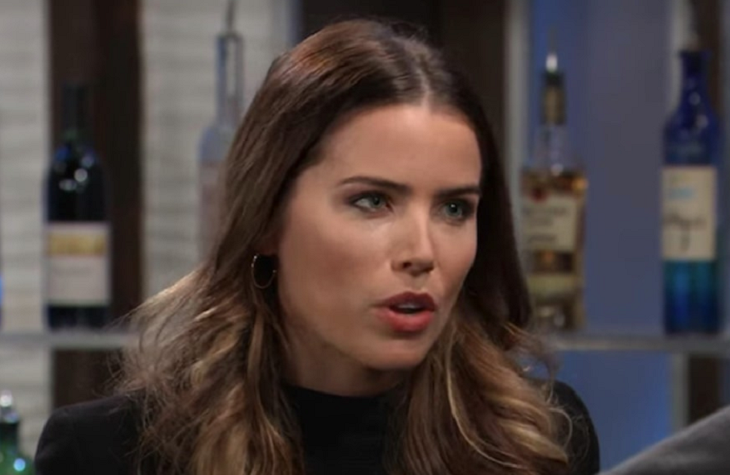 General Hospital (GH) spoilers for Wednesday, May 29 promise another day full of excitement and new drama for the viewers as some stories continue and others begin! At the Metro Court, Sasha Gilmore (Sofia Mattsson) is excited as she tells her to pretend birth mother Nina Reeves (Michelle Stafford) that “she loves it here!” It sounds like Sasha’s staying in Port Charles for good, whether Valentin Cassadine (James Patrick Stuart) agrees or not! The longer Sasha stays, the more chances there are that their mutual secret will come out and the more hurt and angry Nina might be, but for now, it looks like the secret is safe!

Elsewhere, District Attorney Margaux Dawson (Elizabeth Hendrickson) appears to be updating Shiloh Archer (Coby Ryan McLaughlin) although it could be someone else; the preview doesn’t show who she’s talking to. She tells the other person that “he said you shouldn’t be trusted”. That definitely describes Shiloh! General Hospital viewers wonder if she means in general, or if she’s talking about specific situations!

Meanwhile, Maxie Jones (Kirsten Storms) is extremely upset as she tells someone on the phone, “I don’t believe it!” General Hospital viewers wonder what that’s all about! Elsewhere, Sam McCall (Kelly Monaco), likely talking about a different situation than Maxie, says, “Bummer!” That could refer to any situation involving Shiloh and a few others, as well!

Willow Tait (Katelyn MacMullen) is talking to Michael Corinthos (Chad Duell) and she’s very worried; she tells him that it’s only a matter of time before Shiloh finds out too; they are probably talking about Baby Wiley (Eric and Theodore) and probably the fact that Lucas Jones (Ryan Carnes) and Brad Cooper (Parry Shen) are his adoptive parents.

Elsewhere, Jasper Jacks (Ingo Rademacher) is talking to Michael’s mother, Carly Corinthos (Laura Wright). It sounds like he is talking about a business deal as he tells her he doesn’t play to lose!

Will Shiloh have to answer for his crimes, West Coast? Sam and Jason are finally ready to make sure that happens.
An all-new #GH starts RIGHT NOW on ABC! @cobyryan74 pic.twitter.com/46tMxx87W9

Finally, after finding Margaux’s pledge in Tuesday’s episode and reading it, Jason Morgan (Steve Burton) says to Sonny Corinthos, (Maurice Benard) “You wanted leverage over the DA? You got it!” General Hospital viewers could see, as suspected, Margaux’s pledge was about covering up her mother’s involvement in the death of her father! Sonny’s name didn’t seem to be showing on it though.