The Bold And The Beautiful Spoilers: Wednesday, May 29 – Liam And Hope Share Their Heartbreak – Flo & Wyatt Reconnect As Lovers 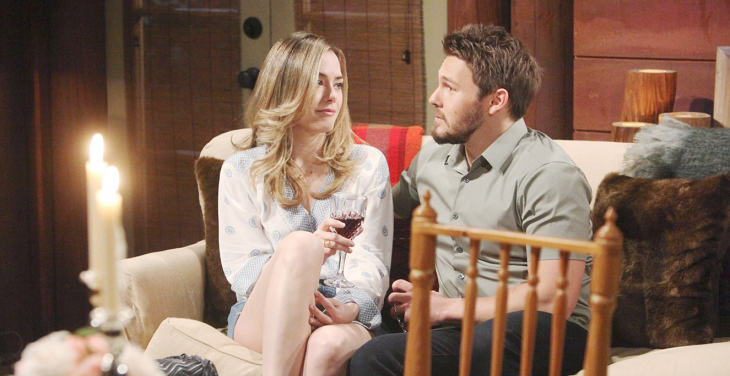 The Bold and the Beautiful (B&B) spoilers for Wednesday, May 29, tease that Florence “Flo’ Fulton (Katrina Bowden) and Wyatt Spencer (Darin Brooks) will continue their intimate date night together. They’ve got the Forrester mansion all to themselves, and they have just had a delightful evening swimming and drinking champagne.

But they’ll take their evening even further, and they’ll make love for the first time since reconnecting in Los Angeles. B&B viewers should look for some steamy scenes as the high-school sweethearts rediscover each other and enjoy each other’s company. It will mark Wyatt’s official break from Sally Spectra (Courtney Hope) and move Flo and Wyatt forward as a new B&B couple.

Meanwhile, on Wednesday’s episode of B&B, Thomas Forrester (Matthew Atkinson) may have some explaining to do. He’s just kissed Hope Spencer (Annika Noelle) after thanking her for being such a great force in Douglas Forrester’s (Henry Joseph Samiri) life. Hope will be stunned by the kiss, and Thomas may need to apologize.

Of course, B&B viewers know that Thomas won’t actually be sorry about the kiss 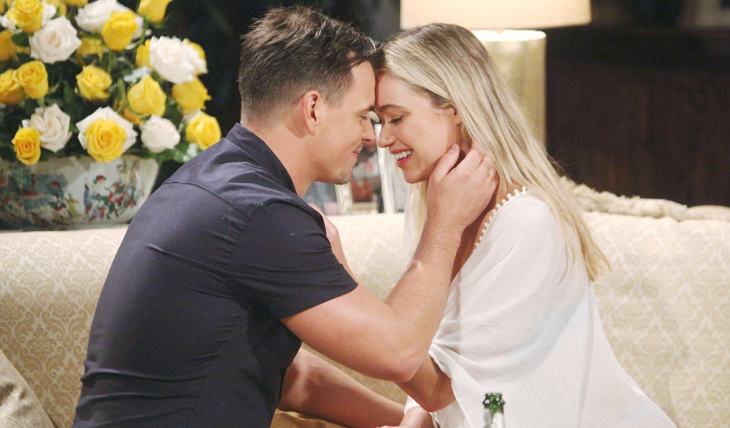 since he wants nothing more than to get Hope all to himself after she and Liam Spencer (Scott Clifton) go their separate ways. But he will need to smooth things over with her, and he’ll probably blame the kiss on his deep gratitude and growing feelings for her. We’ll see how Hope responds to that.

BOLD Spoilers– Liam And Hope Spend One More Night Together

Later, Hope will catch up with Liam, and the two will have a heartbreaking conversation. Their marriage is ending, but as B&B viewers know, Liam made Hope promise that they’d spend one last evening together as husband and wife, so he’s got that to plan. Their story is ending, but it’s not over quite yet.

For now, Liam and Hope will find themselves discussing what could have been, had their daughter survived. They planned a long and happy marriage together, complete with a family of their own. They’ll be heartbroken as they discuss the end of that dream, and B&B spoilers say that they will tearfully discuss their daughter, and what life might have been like for the three of them, had things not gone so horribly wrong. Look for some heartbreaking scenes between Liam and Hope as they consider what might have been.

Be sure to tune in on Wednesday to catch up on everything happening on B&B right now. Check Hollywood Hiccups often for updates, news, rumors, and spoilers! As always, more detailed spoilers and a full collection of pictures for the week in question will appear on Soap Opera Spy, where there will be more clues and hints over exactly what’s going on.