The Bold And The Beautiful Spoilers: Zoe Panics When Beth Secret Is Discovered – Faces Tough Questions 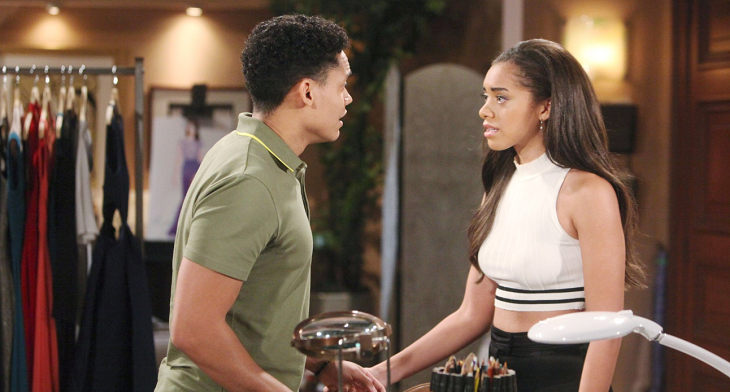 The Bold and the Beautiful (B&B) spoilers tease that things are about to get complicated for Zoe Buckingham (Kiara Barnes) during the week of May 27. She and Flo Fulton (Katrina Bowden) thought they were talking about Beth secret privately, but her boyfriend Xander Avant (Adain Bradley) overheard the whole thing. He will demand answers and she will have no choice but to come clean. Here’s what’s ahead on B&B.

Flo and Zoe feel terrible about Hope Logan (Annika Noelle) and Liam Spencer (Scott Clifton) divorce. They wonder if they knew that Beth was alive that they could be happy together. While telling the truth is the right thing to do, Zoe worries about the consequences for them both and for her father, Reese Buckingham (Wayne Brady).

B&B spoilers say that Flo had some reservations too. Her relationship with Wyatt Fuller (Darin Brooks) is really good and she doesn’t want to risk that. She knows that once he finds out that she had a role in the baby stealing scheme, her happily ever after with him would be over.

They agree to stay quiet and not tell anyone. But fate intervened and someone was at the door and heard everything.

On the other side of the door, Xander heard their conversation. He was completely stunned by what he heard. Immediately, he pulled Zoe to the side and demanded to know the truth. 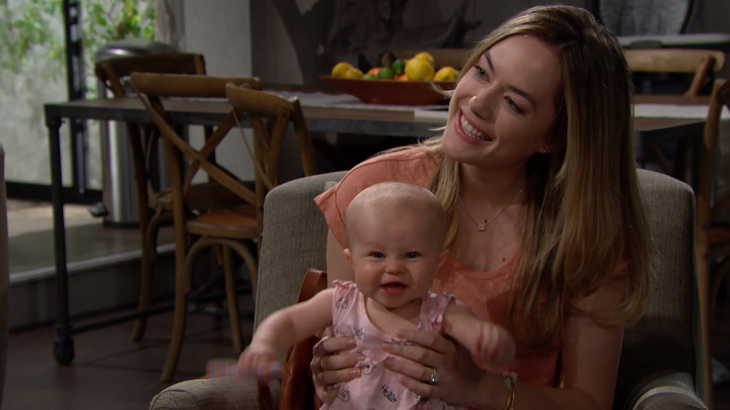 B&B spoilers state Zoe will try to deny it but he will not buy it. He will repeat what he heard. He will threaten to go to Hope himself if she doesn’t come clean. Eventually, Zoe tells him the story and makes him swear to keep it to himself.

Xander is left shocked and disgusted that so many people are keeping this from Hope and Liam. He thinks they need to know that their daughter is alive. Will Zoe be able to convince Xander to keep this a secret for now? Will get in some accident on the way to telling Hope?

There are so many ways this storyline could go. It’ll be interesting to see how it all pans out. Don’t forget to come back for more The Bold and the Beautiful (B&B)  spoilers, news, and casting updates!  As always, more detailed spoilers and a full collection of pictures for the week in question will appear on Soap Opera Spy, where there will be more clues and hints over exactly what’s going on.