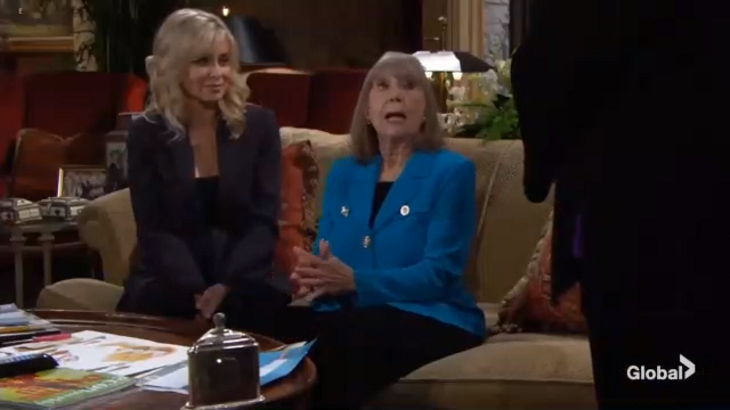 The Young and the Restless (Y&R) spoilers tease that Dina Mergeron (Marla Adams) can’t go on as she has for much longer. The unseen caregiver, who was tasked with watching out for the Abbott’s mother, obviously can’t handle the situation. It’s not that skill is lacking, but rather that Dina needs something more. So, Jack Abbott (Peter Bergman), Traci Abbott (Beth Maitland), and a soon to be returning Ashley Abbott (Eileen Davidson) face a major decision.

Ashley and Jack previously looked at a memory care center. No choice was made at that time. But Jack’s punt has fallen into this spring.

Y&R Spoilers– Is This Dina’s Exit?

Adams’ performance as Dina remains as breathtaking as ever. There aren’t enough adjectives to describe this veteran actor’s work. Arguably Y&R’s most topical and important script, Dina’s Alzheimer’s diagnosis and all that’s followed continues to create fully indelible scenes.

If the Abbott’s decide to move Dina from the family home to a care facility, then it becomes possible that Adams won’t be seen as often. Hopefully, Y&R continues to write this character and her important storyline within whatever becomes Dina’s new setting. Real life infused into daytime can create important results, as this arc surely is doing.

Viewers turn to soaps for escapist entertainment. But along with past wild stories about Jack’s doppelganger, Ashley’s paternity, or a current one, like Traci’s story-within-a-story book, there is additional space for true-to-life tales.

Young And The Restless Spoilers– Abbotts Face A Tough Decision

Dina’s story reflects the reality that various viewers face with family members and friends, or even, within themselves. The fan’s embrace and standing applause for Adams, along with her colleagues, confirms a job exceedingly well done. 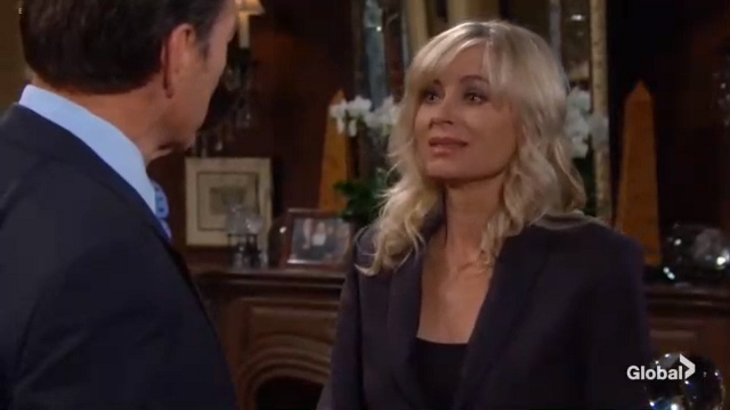 The choice Jack, Ashley, and Traci will make isn’t actually to put their mother in a home. Emotional minds, however well-intended, can lash out at siblings, or other family members who possess a balanced capacity from the early stages of a crisis. Some souls just aren’t willing to accept that their parents are in need, but the Abbott’s appear to be moving toward unity and what will be best for Dina.

High kudos to Y&R for writing Dina back into the show two years ago. From there her backstory was fully fleshed out, in a way it never had been before. To think that Adams took the scripts she was given, which allowed a side character to become a key part of a modern storyline, is fully remarkable. That she’s done so with such texture is all the more memorable.