The Young And The Restless Spoilers: Michael And Lauren Tested – Former Bad Boy Heads Down A Dark Path 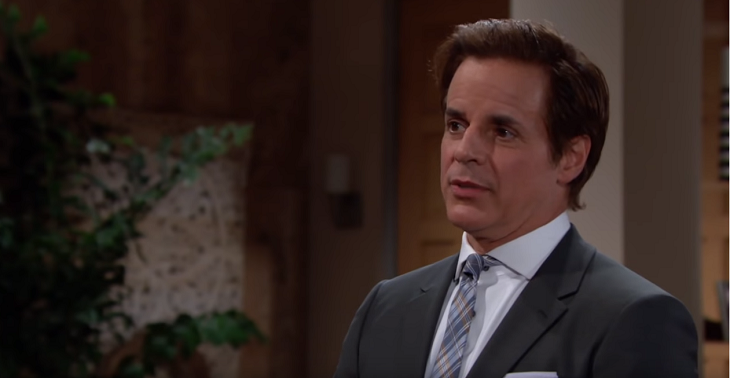 The Young and the Restless (Y&R) spoilers tease that Michael Baldwin (Christian LeBlanc) will be headed down a dark path in the weeks ahead.

And, from the sound of the spoilers, it will cause a real problem with Lauren Fenmore (Tracey E. Bregman) and create tension in his marriage. Here’s what you need to know about what’s coming up on Y&R.

As Y&R viewers saw, Phyllis Abbott (Gina Tognoni) launched her own site selling Jabot knockoffs. Michael warned her that it was a bad idea, suggesting she is a smart and creative woman who can make her own path to success.

Phyllis refused to listen, stating that She deserves to have everything she wants out of life and, if this hurts Jack a little, so be it. Again, Michael told her that it’s a bad idea, however, he did understand her need to get revenge. He added that it’s time for her to be the bigger person and not let Jack Abbott’s (Peter Bergman) decision send her on the wrong path.

While Michael told her to stay on the right path and avoid legal trouble, should she not do that, will he be there for her and even go on the dark path with her? That is certainly possible.

Young And Restless Spoilers — Will Michael Help Chloe And Kevin?

With Chloe Mitchell (Elizabeth Hendrickson) and Kevin Fisher (Greg Rikaart) on their way back to Genoa City, it sounds like Michael’s dark time could be related to them. Chloe will want nothing more than revenge on Adam, and, of course, Kevin would support her.

Everyone thinks that Chloe died, so Michael might have to help her out of that legal mess. With Adam now alive, Y&R viewers know that she no longer has a murder charge hanging over her head.

Billy Abbott (Jason Thompson) promised Victoria Newman (Amelia Heinle) that he isn’t going to seek revenge on Adam and he will stay present in their relationship. Will that still hold true if Chloe comes to him for help to take Adam down?

And, how would Michael fit into it all? Kevin might ask his brother to help them in some way. Michael has been known to break a law or two if he thought the ends justified the means.