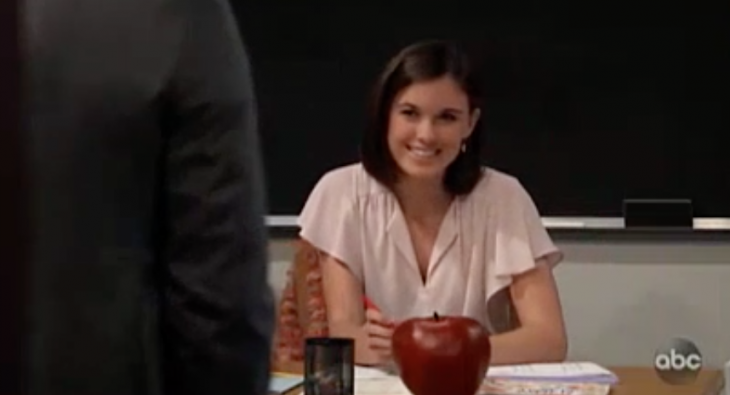 Welcome to your Wednesday, May 29 General Hospital recap! We begin our day at Carly Corinthos (Laura Wright) and Sonny Corinthos (Maurice Bernard) house where they are debating about lunch. Sonny says the lunch he made her was good, but she insists that frozen pizza is better. Jasper Jax (Ingo Rademacher) comes by the house and says he needs to talk to them.

GH Spoilers– Michael And Willow Talk About The Baby

At the schoolhouse, Michael Corinthos (Chad Duell) drops by the classroom of Willow Tate (Katelyn MacMullen) to check on her. He wants to know how she is doing after the confrontation with Shiloh Archer. Michael offers to help keep Wiley safe from Shiloh. 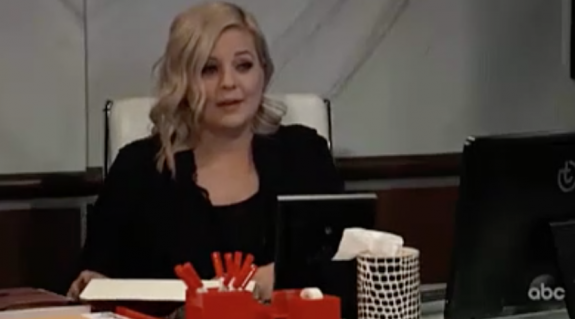 At the Corinthos mansion, Jasper Jax (Ingo Rademacher) is wondering what is next for his daughter Josslyn Jacks (Eden McCoy) now that Oscar has died. Carly says she offered to send her to grief counseling, but she refused. Jax says he’s going to be staying in Port Charles for a while. Jax says he has a job opportunity and he’s looking for a place to live.

Sam McCall (Kelly Monaco) and Jason Morgan (Steve Burton) walk into Shiloh Archer’s (Coby Ryan McLaughlin) hospital room. They say they found all the pledges in the lighthouse. Sam says it’s upsetting thinking that he almost raped her, Jason says he may be safer in prison than out.

General Hospital Spoilers: Weekly Promo Shows Jordan Is Slipping Away– How Far Will Curtis Go To Save Her Life?

Jason arrives at Sonny’s house and says he found all the pledges. He has one he may be interested in – Margeaux Dawson’s’ (Elizabeth Hendrickson). The pledge says that Margeaux covered up the fact that her mother helped kill her father.

Margeaux walks into Shiloh’s hospital room and tells him he needs to stay in bed. She starts to ask what happened between him, Sam, and Jason.

At Alexis Davis’s (Nancy Lee Grahn) house she is confronting Kristina Davis (Lexi Ainsworth) about the secret pledge she gave to Dawn of Day. Alexis figures out that the secret is about something she did in the past. Kristina is upset about what she did and Alexis asks her what was in the pledge.

Sam arrives at Alexis’s house and has the envelope pledge. She explains to Kristina that she has been lying about being part of Dawn of Day this whole time. 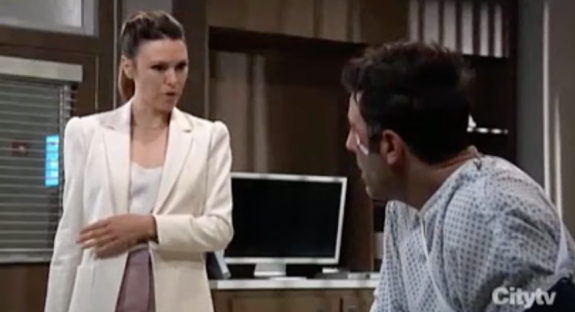 Over lunch at the Crimson office, Lulu Spencer tells Maxie what her next story is for The Invader. She’s going to pose as a single lady and get on the dating apps. Maxie says maybe this could be a good thing for her dating life. Maxie wants to help Lulu feel better while Dante is away.

Nina Reeves is mad that Michael Corinthos abandoned her at the ball. Sasha does not feel like being committed to a man or to Port Charles. Sasha says she and Michael are keeping things casual. Nina keeps pushing that she needs to be with Michael and starts complaining about poor, awful Willow. Nina tells Sasha that she overheard about the baby being given away.

Nina shows up at the school and tells Willow they need to clear the air. Willow says her life has been blown to hell and it’s all Nina’s fault. Kristina takes the pledge and lights it on fire, as Alexis and Sam watch.

Carly explains to Jason that its time he made Sam a priority in his life. Shiloh tells Margeaux he needs her to make sure any evidence that Sonny has, never sees the light of day.

Nina arrives back at Crimson and opens her door to find Jasper Jax there……..flash to preview…