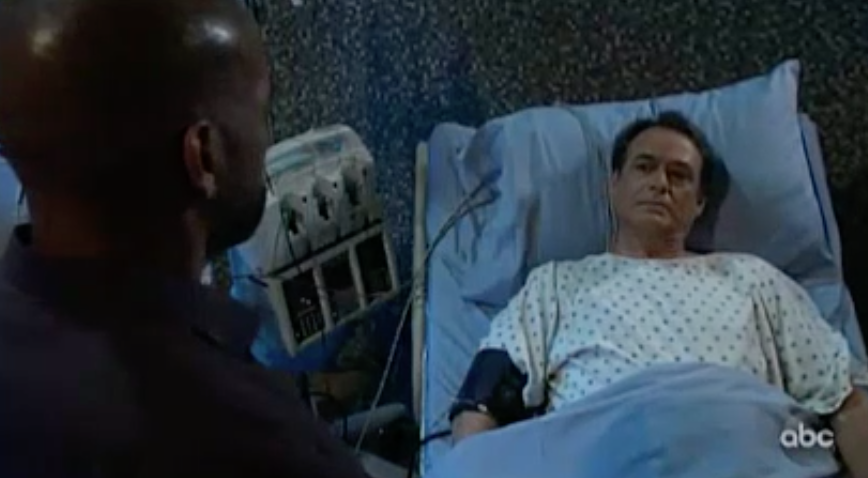 Welcome to your Thursday, May 30 General Hospital recap! We begin our day outside of Alexis Davis’ (Nancy Lee Grahn) house where she is talking to her daughter Sam McCall (Kelly Monaco). Alexis says that she’s worried about the DOD pledge and that with Shiloh Archer (Coby Ryan McLaughlin), anything is possible.

At the Metro Court hotel, Julian Jerome (William deVry) is telling his son Lucas Spencer (Ryan Carnes) not to worry about Shiloh finding out Wiley is his son. Lucas is worried that Shiloh will challenge the adoption if he finds out the truth. At the hospital, Elizabeth Webber (Rebecca Herbst) is helping Franco Baldwin (Roger Howarth) put his suit jacket on.

At the Crimson magazine offices, Nina Reeves (Michelle Stafford) walks in to find Jasper Jax (Ingo Rademacher) in her office. He offers her a glass of champagne and says that it’s time to celebrate. Jax says that he is now the new owner of Crimson magazine. Jax says he bought 50% of the company and he wants to expand the digital and print sales drastically.

Nina explains that Josslyn is his daughter and that’s why he wants to stay in town. Jax tells Nina how much he dislikes Sonny after he was wrongly deported. Nina says that she would like to run Crimson on her own without his help, but he says that’s a no go. Jax says that print only makes 40% of the profits and he needs the best long-term change. 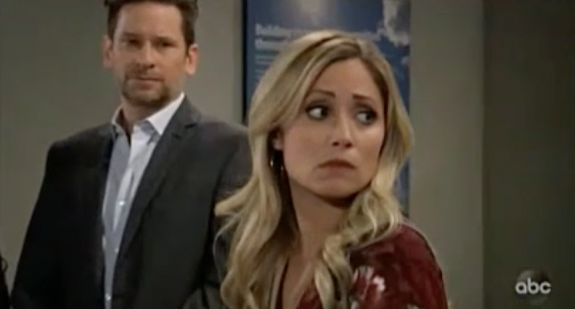 At Sam McCall’s (Kelly Monaco) penthouse, her father Julian Jerome (William deVry) arrives and says that her brother Lucas needs help. Julian tells Sam that it’s a dangerous situation. Julian says they need to get rid of the paper trail of Wiley’s adoption.

Lucas Spencer (Ryan Carnes) is at the metro court at a table when Alexis Davis (Nancy Lee Grahn) arrives. He thanks Alexis for coming and says that it is urgent. Lucas explains that Wiley’s birth mother lied about being pregnant having a baby. Alexis says it could be difficult for the birth father to claim Wiley. Lucas reveals that the birth father is Shiloh, head of DOD.

At the schoolhouse, Willow Tate (Katelyn MacMullen) is on the phone fretting about Wiley’s safety. Harrison Chase (Josh Swickard) arrives with flowers for her and asks what’s wrong. Chase explains that Shiloh is in the hospital and may not be a problem. Willow says it’s too bad whoever hurt Shiloh did not finish the job.

Chase heads out to work and Lulu and Elizabeth show up in the classroom.

At the hospital, we see an unconscious Ryan Chamberlain (Jon Lindstrom) handcuffed to his bed. In her hospital room, Jordan Ashford (Brianne Nicole Henry) is insisting on giving Franco the hero award because she is the commissioner. Hamilton Finn (Micheal Easton) comes by to check on her 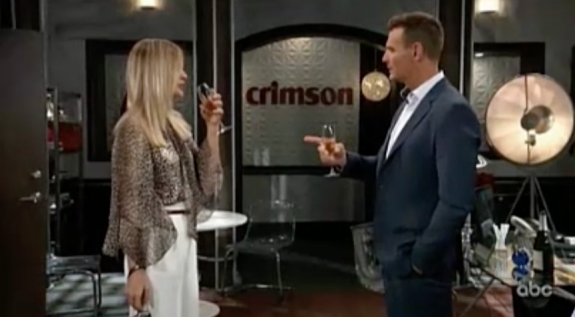 General Hospital Spoilers– Franco Gives Ryan Something To Think Over

Speaking in the first person to herself, Lulu Spencer (Emme Rylan) looks into Jordan’s hospital room where she is giving Franco a metal for his heroism. Jordan commends Franco for his role in taking down Ryan Chamberlain (Jon Lindstrom).

Franco tells Elizabeth that there’s something he needs to take care of. Next we see Franco in Ryan’s hospital room, where he wakes up and they stare at each other. Franco confronts Ryan and says that today would have been Kiki’s birthday. Ryan says Kiki was boring and insipid. Franco makes fun of him and says his life is now sad and pathetic. 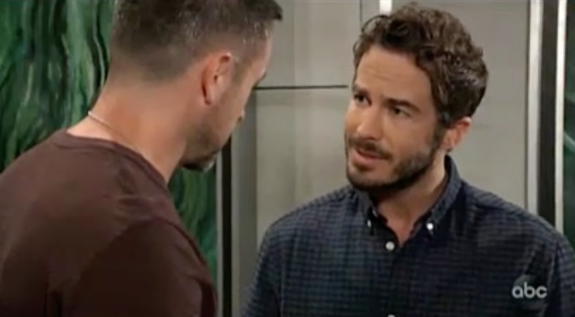 Valentin Cassadine (James Patrick Stuart) shows up at Crimson and is surprised to see Nina and Jax working together.

Elizabeth and Lulu hand a petition to Willow to keep her on as a teacher at Port Charles elementary.
Julian begs Sam to help him and finally admits that Shiloh is the father.

Ryan makes fun of Elizabeth and calls her vapid. Franco says that he loves that Ryan lost this game and he will enjoy prison.

Alexis meets with Jax at the metro court and says that Valentin is trouble with a capital T. Curtis goes to Ryan’s room and tells him he must consent to give Jordan his kidney, he says he’s going to mull it over. Curtis insists that he do it……flash to preview…