The Bold And The Beautiful Recap, Thursday, May 30: Zoe Lets Her Secret Slip–Hope Pushes Steam Reunion 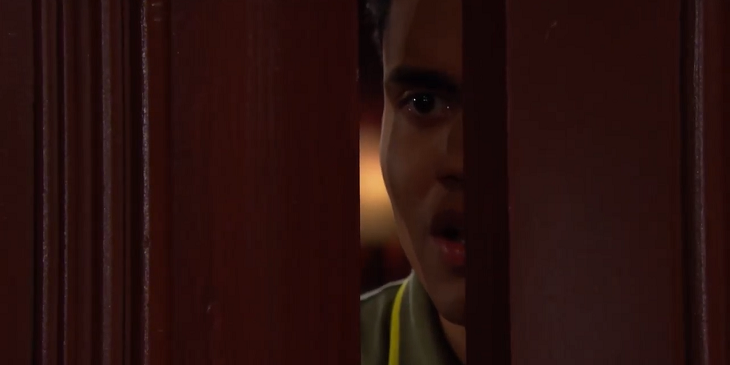 The Bold and the Beautiful (B&B) recap for Thursday, May 30 finds Zoe Buckingham (Kiara Barnes) letting a huge secret slip. Also, Wyatt Spencer (Darin Brooks) check in on his brother Liam Spencer (Scott Clifton) while Liam decides he wants to do something special for Hope Logan (Annika Noelle).

It begins in the cabin, where Wyatt is calling Flo Fulton (Katrina Bowden). He tells her that he’s concerned about Liam and his impending divorce from Hope. After Liam gets out of the shower, he tells Wyatt that he’s the one who has been hurting Hope this entire time. That’s because he believes that he’s holding on to a dream that is no longer there for Hope.

Wyatt understands but wishes things could be different for his brother. He gives him a key to his house and says that he can stay there. However, Liam says that he wants to do something special for Hope. They did mention how their father Bill Spencer (Don Diamont) seems strangely happy these days. Wyatt then says that he wishes Liam and Hope could have had the same happiness with their baby Beth.

Hope is at Steffy’s (Jacqueline MacInnes Wood) place. Hope pushes Steffy to ask Liam to move in with her. Steffy doesn’t think it’s a good idea and asks Hope why she’s not trying to get pregnant again. She also points out that there’s no reason for her to leave such a loving marriage.

Hope answers her back and says that she knows what she’s doing. Nevertheless, Steffy tells Hope not to end her marriage because she might one day regret the decision. She also says that Phoebe doesn’t need that kind of sacrifice. Hope thinks that Steffy and Liam will figure things out on their end and adds that Phoebe will end up having the best father in the world.

At Forrester Creations, Zoe is replaying an agreement that she had with Flo in her head. Xander Avant (Adain Bradley) surprises her with a kiss. Maya Avant (Karla Mosley) then enters the room and tells everyone that Hope is ending her marriage to Liam. Xander can’t help but wonder if it’s mutual.

Flo and Zoe weigh the pros and cons of coming clean when they learn that Hope and Liam are divorcing. WATCH FULL EPISODE: https://t.co/oGb8SlObVD #BoldandBeautiful pic.twitter.com/YoE9BvwWXo

Flo then arrives and Zoe updates her with the news. Zoe insists that Flo leaves town as soon as possible, but Flo is not having it. She says she loves her new life and nothing will make her leave. Flo then says that Hope and Liam would not be ending their marriage if they knew the truth.

Xander is listening in on their conversation. Flo then leaves and Xander confronts Zoe about what she knows about Baby Beth. He demands that she tells him the truth.

In the meantime, keep up with Hollywood Hiccups for all the latest news and updates on all of your favorite daytime television shows right here. As always, more detailed spoilers and a full collection of pictures for the week in question will appear on Soap Opera Spy, where there will be more clues and hints over exactly what’s going on.