The Bold And The Beautiful Spoilers: Steffy Confronts Thomas About His Manipulation Of Hope 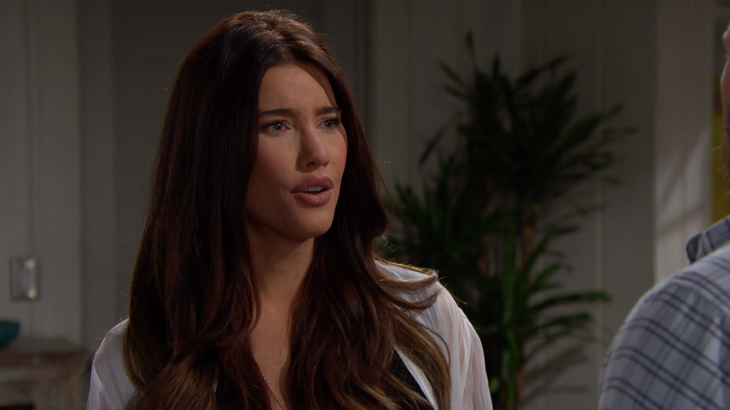 The Bold and the Beautiful (B&B) spoilers tease that Thomas Forrester (Matthew Atkinson) will soon get an earful from his sister, Steffy Forrester (Jacqueline MacInnes Wood). Steffy has just returned from Paris with the girls, and she immediately got shocking news.

As B&B viewers know, she heard from Liam Spencer (Scott Clifton) that he and Hope Spencer (Annika Noelle) are ending their marriage.

But that’s not all that Liam told Steffy, He also let Steffy know about how Thomas has been working his way into Hope’s life and manipulating her by playing on her feelings for Douglas Forrester (Henry Joseph Samiri). Steffy wasn’t sure what to think about that, as she always wants to think the best about her brother.

But Steffy also knows that Liam really isn’t one to exaggerate, and so she’ll want to talk to Thomas directly and find out what he’s been up to. As B&B viewers know, Steffy worked hard to help Liam and Hope keep their relationship together – she even took off for Paris to give “Lope” time to themselves without the distraction of her or the girls.

According to B&B spoilers, Steffy will directly confront Thomas about what he’s been up to regarding Hope. She’ll want to hear from Thomas about why he’s been spending so much time with Hope and what his intentions were when Liam traveled to Paris recently.

It looks like Thomas will give Steffy the same song and dance that he’s been giving Liam – that he believes Steffy and Liam should be together, and that Liam’s place is under the same roof as his daughter Kelly Spencer (Chloe Teperman and Zoe Pennington). Steffy probably won’t like to hear that, as it will suggest that Liam’s statements about Thomas were true.

But it also looks like Thomas will use his powers of persuasion on Steffy, too. According to B&B spoilers, with Thomas manipulating the situation, Steffy will end up reminiscing about her past romance with Liam. Perhaps Thomas will get to Steffy in the same way that he’s gotten to Hope, and Steffy will consider rekindling the flame with Liam.

At any rate, it looks like not even Steffy will be able to stop Thomas from his ultimate plan as Lope will indeed end their marriage. But will Thomas be able to get inside his sister’s head and make her want to get back together with Liam?