The Young And The Restless Poll: Are Sharon And Rey Moving Too Fast? Vote Now! 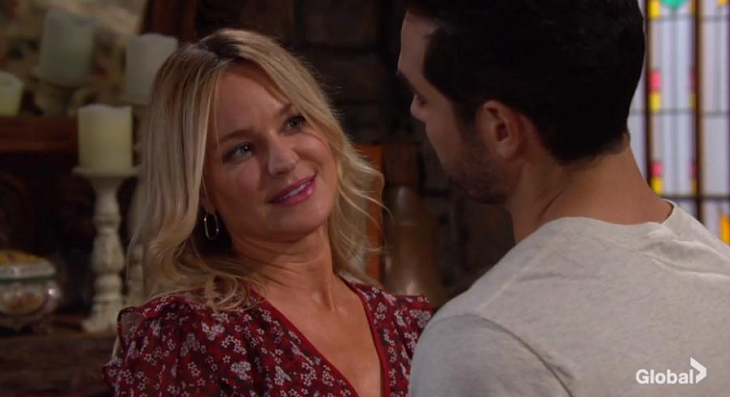 The Young and the Restless (Y&R) spoilers tease Sharon Newman (Sharon Case) and Jordi Vilasuso) may be here to stay. After Rey left his wife Mia Rosales (Noemi Gonzalez), who left town with his brother Arturo Rosales (Jason Canela), it was clear that the show planned to pair him with Sharon. It made sense too, considering they have amazing chemistry.

Where they lost many Y&R fans is the couple went from being an official couple to sex to moving in together in practically a week. It was lightning fast and, when you factor in Adam Newman’s (Mark Grossman) return, it seems like a recipe for disaster.

After Rey found out about Mia’s cheating, he almost immediately told Sharon he loved her and he wanted a relationship with her. Of course, Sharon admitted she felt the same, even though he tried to put her and Nikki Newman (Melody Thomas Scott) and Victoria Newman (Amelia Heinle) in prison for the rest of their lives. I suppose that is only a small detail in the grand scheme of things.

Y&R spoilers state that after he professed his love for Sharon, she immediately was open to a relationship with him. She quickly forgave him for targeting the Newmans in JT Hellstrom’s (Thad Luckinbill) fake murder.

So here we are, two months or so past the whole JT spectacle and Sharon and Rey are living together. In fact, they only hit the sheet a few weeks ago.

The one detail that is threatening to blow up Sharon’s perfect romance with Rey is a four letter word—Adam Newman. For whatever reason, even after all these years, she’s drawn to him and she wants him in her life.

It’s clear that Adam wants to reunite with his family but the Y&R fans cannot help notice the chemistry between the once happy couple. Sharon and Adam once had a very hot romance. They supported each other in a very dark time in both of their lives.

To make peace with his wife, Chelsea Newman (Melissa Claire Egan), Adam agreed to stop helping Sharon and to separate himself from her. It was hard to do but they stopped talking and eventually because somewhat stranger to each other. 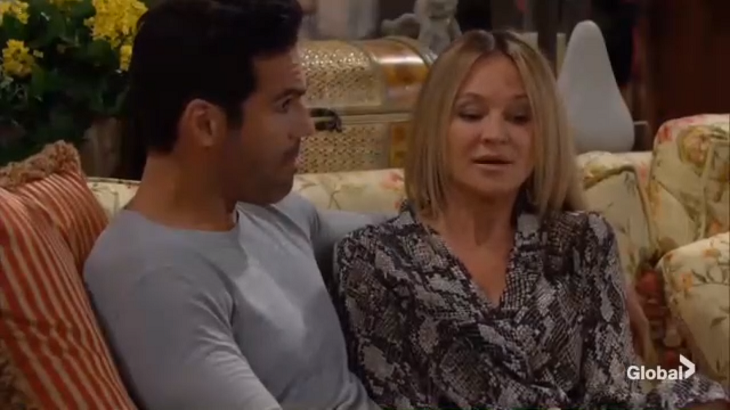 With Chelsea not in the picture yet, Adam’s presence in Sharon’s life is dangerous. They share an electrifying connection and, if Sharon isn’t careful, she could fall into his trap and get carried away with her emotions. It could spell trouble with Rey.

Y&R fans believe that Sharon and Rey moved in way too quickly. And, it did seem like a rushed decision, mainly driven by Faith Newman (Alyvia Alyn Lind). Do you think Rey and Sharon rushed into moving in together? Vote in our poll and let us know what you think!