The Young and the Restless (Y&R) spoilers tease that Adam Newman (Mark Grossman) will try something new. He’ll attempt to get along with his father longterm, but a realized reunion with Chelsea Newman (Melissa Claire Egan) and Connor Newman (Gunner and Ryder Gadbois) must happen first.

The three demands Adam made to his older sister, being Victoria Newman (Amelia Heinle), and older brother, being the only one of those he has, Nick Newman (Joshua Morrow), were two-thirds correct. The first third, meaning the ask for five hundred million dollars, was ridiculous.

Projecting a long-term truce, or even peace, between Victor Newman (Eric Braeden) and his returned from the seeming dead son, seems in contrast to the money request Adam unexpectedly raised. However, there is a baseline in believing that father and son can do more than coexist.

Y&R Spoilers– Is Adam After The Newman Cash?

It’s unknown how much-bound cash Chelsea squirreled away in the columbarium slot before she bolted from Genoa City, Wisconsin, in 2018. Certainly, it’s nowhere near the price tag Adam requested from his siblings.

The Young And The Restless Spoilers: Thursday, May 30 – Victoria Tries To Get Rid Of Adam – Lauren Gives Phyllis An Ultimatum – Ray Accepts Nick’s Job Offer

Adam is like a wild animal right now. When (not if) he reclaims his full family, also meaning Christian Newman (Jude and Ozzy McGuigen), he’s sure to be grateful. He’ll also need a sustainable source of income to support them. Ah, Newman Enterprises.

But dad’s company could become more than a source of returned employment. Instead, Victor might be primed to see Adam’s point of view. Vickie, Nick, and Abby Newman (Melissa Ordway) realized a half-billion each years ago through forced legal measures. Adam got nothing except his father’s torture.

Young And Restless Spoilers– Victor And Adam Have A Strong Bond

Victor came to deeply regret the type of relationship he had with the earlier Adam’s upon Justin Hartley’s version presumably passing, which is a wink to the fans concerning the volume of adult actors (now numbered four) who’ve portrayed this great character. Grossman’s Adam senses that Victor has changed, somewhat, in the spring of 2019. 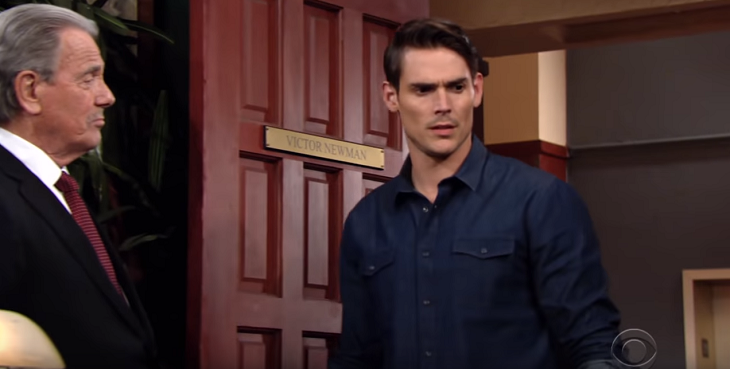 Sure, the Moustache still exists. But his relatively recent health issues and battles with Nick and J.T. Hellstrom (Thad Luckinbill) took a combined toll. Victor understands his own mortality and might make a grand money gesture in hopes of demonstrating fairness to his youngest offspring.

Y&R Spoilers– How Will Chloe Fit Into This?

Y&R has already delivered something fresh, in reverse SORAS’ing the Adam character. He was dialed back approximately ten years, which puts him in the general age range he should be, based upon when Hope Adams (Signy Coleman) gave birth. 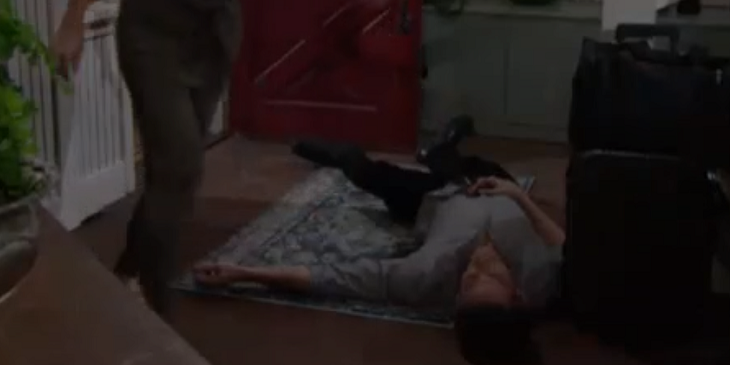 So why not have Adam and Victor get along, at least for an extended period of time? Just imagine the possibilities for drama if the writing staff has them become legitimately close. The could rule GC like a double boss, which would likely create virulent, dramatic reactions within the rest of the Newman clan and in civilized society on this soap.