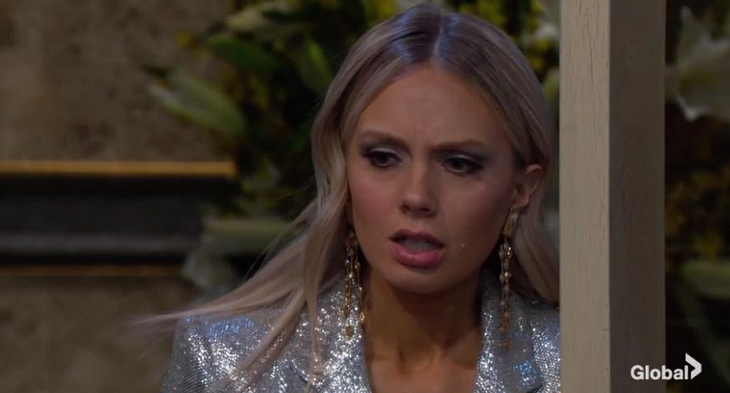 The Young and the Restless (Y&R) spoilers tease that Abby Newman (Melissa Ordway) could be on her way to finding love again. Things didn’t work out so well with Arturo Rosales (Jason Canela, but it looks like she has another hot prospect with Dr. Nate Hastings, Jr (Sean Dominic).

Y&R Spoilers — Is Abby The Kiss Of Death For Men

Ordway said that she saw the popular speculation on social media that suggested that when men are paired with Abby on Y&R, they are sent away. She found it to be an interesting observation.

“People get upset because the show will pair guys with Abby and then, they go away! I’m not sure if Abby’s found her true love yet. I’ve gotten to work with a lot of amazing guys over the years and I’m so thankful to have developed some nice friendships,” Melissa explained. “Jason is one of my dearest friends. I love him so dearly. It broke my heart that Arturo cheated on Abby! I was hoping that maybe she’d forgive him, but that would not be Abby-like at all.”

The Young And The Restless Spoilers: Thursday, May 30 – Victoria Tries To Get Rid Of Adam – Lauren Gives Phyllis An Ultimatum – Ray Accepts Nick’s Job Offer

Even though Abby is still hurt from Arturo’s betrayal, Ordway hopes she takes a risk and finds her one true love. Right now, dating is the last thing on Abby’s mind. She wants to focus on her career and take a break from men.

As for Nate, Ordway thinks he would be good for Abby. He is so much different than any other man she has ever dated.

“Nate knows what he wants and he’s going for it. Abby feels wanted and that’s a good feeling. She thinks Nate is very good looking and he’s got a winning personality,” Ordway shared.

As for if Abby is going to get a hot romance with Nate, Melissa couldn’t say. But she thinks it could be time for Abby to try dating again, and Nate seems like the perfect guy for her.

Do you like Abby and Nate together? Do you think Abby will ever find her one true love? Don’t forget to come back later for more The Young and the Restless (Y&R) spoilers, news, and casting updates!  And as always, don’t forget to check back with Hollywood Hiccups for all the latest news, updates and spoilers on The Young and the Restless (Y&R) and all of your favorite daytime television shows right here!