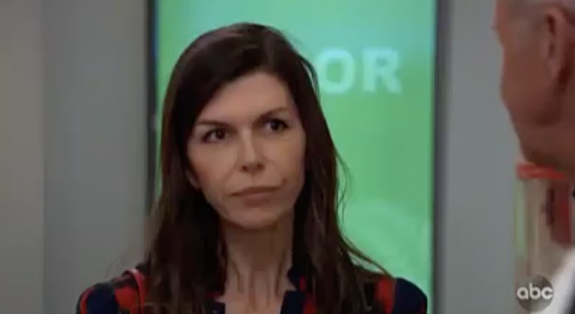 Welcome to your Friday, May 31st General Hospital recap! We begin our day at Sam McCall’s (Kelly Monaco) penthouse where she is talking to her father Julian Jerome (William deVry) about Wiley. Sam says she will work with him just as Danny and Jason Morgan (Steve Burton) arrive.

At the hospital, Robert Scorpio (Tristan Rogers) says congratulations to Hamilton Finn (Michael Easton) on his engagement. Anna Devane (Finola Hughes) comes around the corner and asks if she is interrupting something. At the courthouse, Ava Jerome (Maura West) is being led to her arraignment. Scott Baldwin (Kin Shriner) is walking with her and says that hes glad she’s going to go with a not guilty plea.

At the hospital, Jordan Ashford (Brianne Nicole Henry) is upset that Ava Jerome (Maura West) took matters in to her own hands. Kevin Collins (Jon Lindstrom) says he understands completely why she stabbed Ryan.

Kevin says he wish he could have been her donor – it would have made things much simpler. Jordan remains optimistic as Laura asks her how she feels about an organ from Ryan. Laura encourages her to take Ryans kidney and that her life is more important. 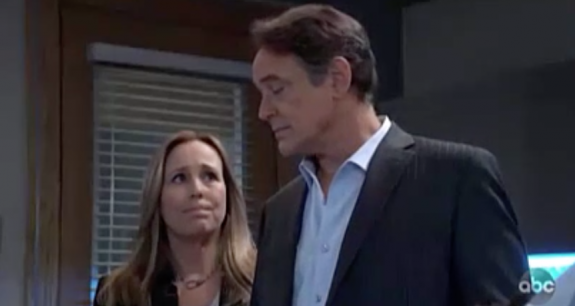 Curtis Ashford (Donnell Turner) tells Ryan Chamberlain (Jon Lindstrom) that he saved his life and he needs to consent to donating his kidney. Ryan pushes back and says that he will need to mull it over. He says he’s not helping the woman who hunted him down – he will see her in hell.

Curtis puts his hands around Ryan’s neck and says he doesn’t know what he’s capable of. Ryan says he hopes Curtis will take his offer, as Hamilton Finn enters the room to check on his vitals. 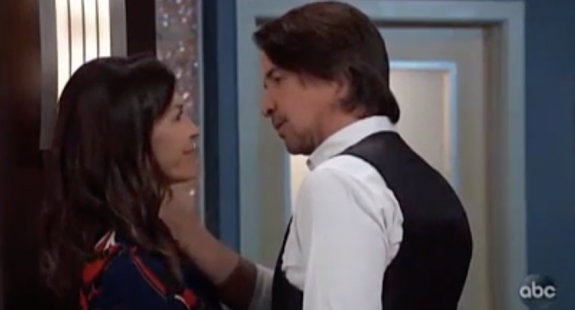 Robert Scorpio (Tristan Rogers) congratulates his ex-wife Anna Devane (Finola Hughes) on her engagement. Robert says at first, he was not happy she was getting married and that she has always been the love of his life. He says he realizes he will never have a certain place in her life anymore.

Anna says he will always be a part of her life because he’s a friend and also Robin’s father. Anna says that peter is going to visit Robin in California, but Robert reminds her he’s not really her son. Robert says they should investigate Demetri Marek and see what he knows. Anna says she is not sure she wants Peter to have a relationship with Alex. 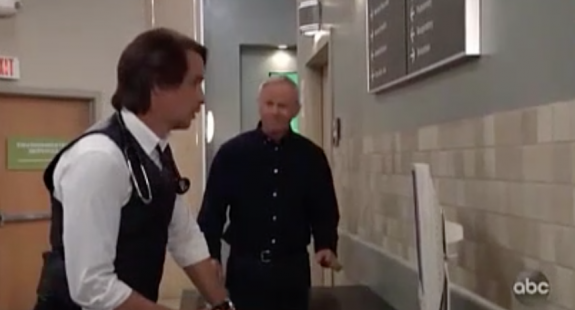 At the metro court, Lulu Falconeri, Maxie Jones (Kirsten Storms) and Peter August (Wes Ramsey) are joking about dating apps. Lulu is using one to set up dates for her next big story at the Invader. She’s trying to find a man who is on the apps that is burglarizing single women. 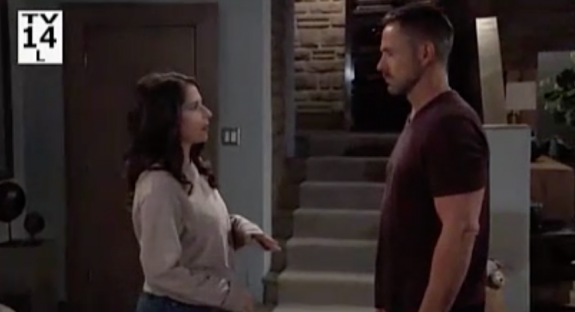 Sam McCall (Kelly Monaco) is letting Danny open up a birthday present as his dad Jason Morgan (Steve Burton) looks on. Danny goes to play with his new toy cars while Sam and Jason discuss Julian.

Sam tells Jason that Shiloh is Wiley’s father and they must do everything to protect her nephew from him. Sam asks Jason to move back in with her Danny and Scout as a family. 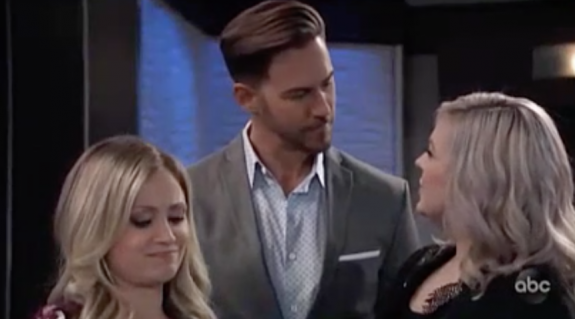 At the courthouse, Scotty is encouraging Ava to plead not guilty as DA Margeaux Dawson (Elizabeth Hendrickson) approaches and makes fun of his cologne smell. Scotty says they need to make a deal, as she got a serial killer off the street.

The judge enters the courtroom and Ava pleads not guilty and her bail is set at $100,000. Ava tells Julian the awful things Ryan said to her in the cabin before she stabbed him.

"This is life and death." #GH pic.twitter.com/VbzcTWE7ub

Curtis tells Laura and Jordan that Ryan wants his freedom in exchange for the kidney. Jordan is very upset by that proposition.

Finn meets with Anna and tells him she needs to go to Zurich immediately – she needs to see her sister Alex Marek. They kiss goodbye.

Jordan tells Laura that since she can’t do her job, she wants to resign as commissioner. In Ryan’s hospital room, a figure walks in – it’s his brother Kevin! …flash to preview