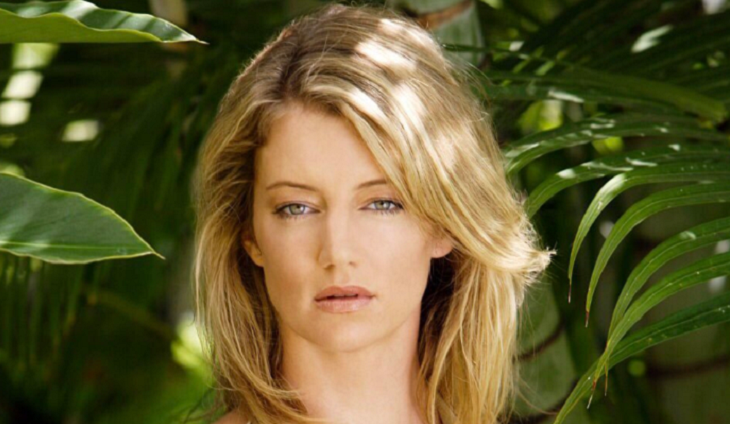 General Hospital (GH) spoilers indicate that Cynthia Watros will soon be filling in as the new Nina Reeves in Port Charles. As a matter of fact, we know her first start date right here! The actress will be taking over for Michelle Stafford, who is leaving General Hospital for her new role as Phyllis Summers on The Young and the Restless. Here’s what you need to know about the Nina switch-a-roo.

According to reports, Cynthia has already visited the set of General Hospital to get a feel of what’s to come and is looking forward to all the twists and turns ahead as her new character Nina. Apparently, Nina will begin taping her new episodes beginning on June 3 which means that she will be seen sometime in late June. General Hospital films four weeks in advance.

Cynthia Is Getting A Feel For GH

Nina’s new co-star Ingo Rademacher (Jasper Jacks) mentioned on Instagram that he was doing press with Cynthia, but unfortunately didn’t take a behind-the-scenes photo with her. So far Cynthia has gotten to know many of her General Hospital co-stars and the crew who work behind the scenes and many have said that they look forward to working with her.

General Hospital Spoilers: A Surprise Visitor Is Coming Back To Town

As many fans know, Michelle Stafford left General Hospital after it was reported that actress Gina Tognoni got the boot over at The Young and the Restless. Michelle was actually the original Phyllis Summers before Gina took over the role in 2013.

While the character swap has been a controversial move according to a lot of fans, some viewers have said that they look forward to seeing Michelle as Phyllis once again. Plus, it will be interesting to see how Cynthia Watros takes over as the new Nina Reeves.

As far as Gina Tognoni is concerned, she hasn’t made any comments about her future but she did express her sadness in leaving The Young and the Restless and all of her friends behind.

But seeing what kind of talented and beautiful actress that she is, we have a feeling that we will be seeing her back in the soap world in no time. At least, that’s what our hope is! We’ve got our fingers crossed for Gina.