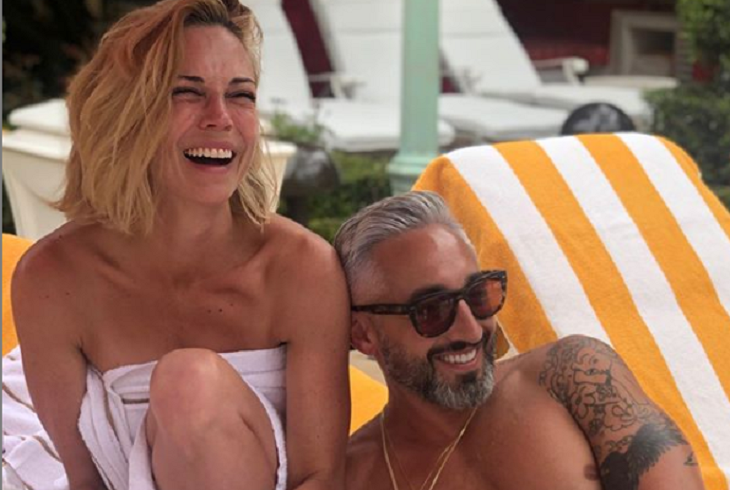 Soap veteran Kelly Sullivan finally tied the knot with her longtime fiancé Eric Michael Roy on May 27, 2019, at the Little Vegas Chapel. The two lovebirds first set their eyes on one another back in 2010 at The Old Globe in San Diego during a pre-Broadway run of the musical “Robin And The Hoods.”

They have been living together along with their two dogs in Santa Monica before they got married. Kelly is a wonderful person and she deserves happiness not only in her work life but also her love life.

Acting Has Been Kelly’s Dream Since A Child

Sullivan is an American Actress who, at an early age, was able to perform in theatres where she showcased her talent in singing, dancing, and acting. She also joined the ballet club when she was in high school and even became one of the best ballet dancers in her school. Fortunately, her effort and hard work all worked out.

Ever since she was little, she has dreamed of making it in the world of television. When she decided to move to New York, she immediately landed a gig in a Broadway show in Contact. She appeared in “Bells are Ringing” and “Young Frankenstein”. Her next projects wherein soap operas.

Sullivan Made Her Mark On The Soap World

After that, she joined the drama series Too Close to Home on TLC. With her impeccable performance in both sudsers, Sullivan received two nominations for Daytime Emmy Award for the Outstanding Supporting Actress in a Drama Series.

Meanwhile, Eric Michael Roy is a renowned celebrity and fashion advertising photographer. He’s born in a family of photographers. His real name is Eric Michael Schneider but later on, took the name Roy Schneider to honor his father after he died. Apart from being a photographer, Roy is also a successful actor and musician. He appeared on Broadway, TV, and movies.