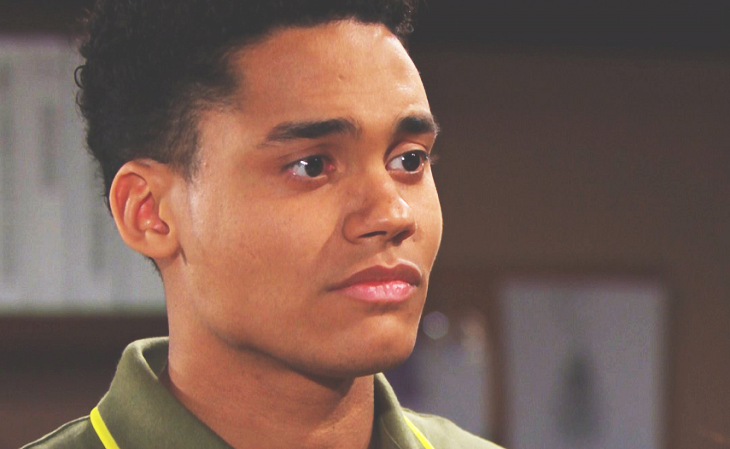 They rehash Reese Buckingham’s (Wayne Brady) reasons for doing what he did. B&B’s Xander asks how long she’s known, and how she could keep this from Hope. How could she let her believe her baby is dead? Zoe talks about Flo Fulton (Katrina Bowden) being a victim, who helped her father before she even realized what she was getting herself into.

Xander learns Reese switched Beth with a stillborn baby on Catalina. Zoe warns her boyfriend no one can ever find out especially not Hope and Liam because she could go to jail along with Flo and her father. She feels the child couldn’t ask for a better mother than Steffy. Xander asks, “How about the mother who gave birth to her?” He states it’s time to clean – the truth has to come out…now!

At the cabin, B&B’s Hope Logan Spencer thanks Liam Spencer for planning their last night together. Liam reiterates he doesn’t want this. Hope doesn’t either – she wants what they lost, but that’s not possible. She loves him, but his place isn’t there anymore.

Liam remarks on how selfless she is; he admires what she’s doing even though it’s painful. Hope calls what she’s doing a sacrifice, but says it gives her peace to know the children will have what they need. Beth made her a mother and says she’ll always be a mother.

Hope will carry him with her forever. She feels Catalina is where everything changed. Liam says, “Not our love for each other.” He’ll always believe they were meant to be. Hope wishes it didn’t have to be this way; she wanted to raise Beth together and maybe give her a brother or sister, but fate stepped in. They embrace. Hope says it’s time and urges him to be happy with the girls. Liam will still worry about Hope. She says, “It will always be you,” and returns his ring. They kiss goodbye.

At the cliffhouse, B&B Steffy Forrester Spencer and Thomas Forrester (Matthew Atkinson) share a laugh about Douglas falling asleep while reading. They’re thrilled the kids will grow up together. Thomas switches gears and urges Steffy to reunite with Liam Spencer. Steffy reminds her brother the decisions about her love life won’t be made by him and Hope Logan Spencer. Thomas insists the future is there and she should reach out and grab it. He suggests Steffy call Liam later to check in.

The Bold And The Beautiful Poll: Who Is Going To Spill The Baby Secret First? Vote Now! https://t.co/aUeh6oP71c pic.twitter.com/H8zE1srXjR

Steffy reveals Hope was by earlier to ask if Liam could stay there. Thomas is stoked, but Steffy cautions she doesn’t know what the future will bring. Thomas feels it’s only a matter of time and repeats this is where Liam belongs. Later, alone, Steffy flashes to happy memories of Liam. And that’s a wrap. Don’t forget to check often with Hollywood Hiccups for all your soap needs.