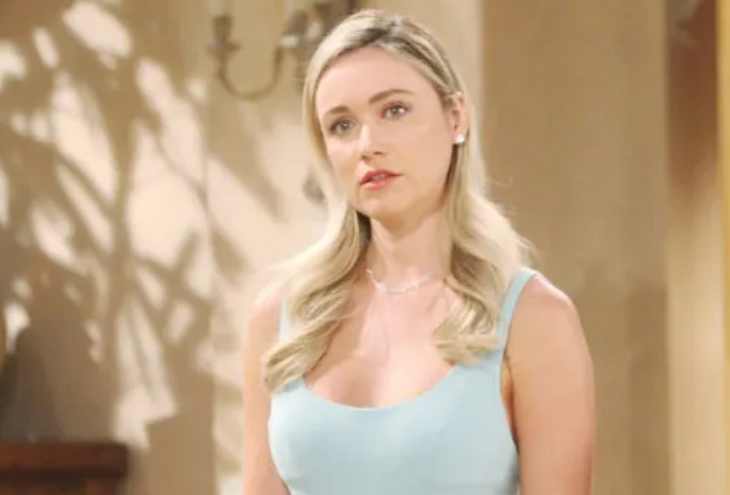 The Bold and the Beautiful spoilers for Tuesday, June 4, tease that Brooke Forrester (Katherine Kelly Lang) will be upset over the state of Hope Spencer (Annika Noelle) and Liam Spencer’s (Scott Clifton) marriage. As B&B viewers know, Hope and Liam just spent their last evening together as a couple and then went their separate ways. And Brooke is going to have a hard time coming to terms with that.

Brooke has been the biggest champion of her daughter’s marriage to Liam. She fought hard for Liam to choose Hope over Steffy Forrester (Jacqueline MacInnes Wood) last year, and he ultimately did. Brooke has urged Hope to stick with her marriage, despite Hope and Liam having to endure the terrible tragedy of losing their daughter.

But Hope is now determined to end her marriage, and B&B spoilers say that she’ll seek out Carter Walton (Lawrence Saint-Victor) later this week to get an annulment drawn up quickly. Brooke won’t like how fast this is all coming together, and she’ll spend some time on Tuesday’s episode discussing the issue with Ridge Forrester (Thorsten Kaye).

The Bold And The Beautiful Poll: Who Is Going To Spill The Baby Secret First? Vote Now! https://t.co/aUeh6oP71c pic.twitter.com/H8zE1srXjR

As B&B viewers know, Ridge and Brooke made a resolution a while back to stay out of their children’s love lives, in order to avoid conflict in their own marriage. But that’s easier said than done, especially when your children are facing difficulties. Brooke will lament to Ridge about the pending annulment, and she just won’t understand what her daughter is thinking.

Ridge will of course be supportive, but he’ll also try to get Brooke to see that Hope’s decision to end her marriage to Liam may be for the best. The Bold and the Beautiful spoilers say that he’ll even play devil’s advocate, arguing that perhaps how Hope wants things to be is the right thing for her, Liam, Thomas Forrester (Matthew Atkinson), and Steffy.

Ridge might argue that Hope could be very happy with Thomas and Douglas Forrester (Henry Jospeh Samiri), while Liam and Steffy could be a close, happy family with Kelly Spencer (Zoe Pennington and Chloe Teperman) and Phoebe Forrester (River Davidson and Madeline Valdez). But will Brooke ever be receptive to this possibility?

Meanwhile, on Tuesday’s new episode of B&B, Florence “Flo” Fulton (Katrina Bowden) will once again wrestle with severe guilt pangs. She’ll learn that Hope and Liam are headed for a quick annulment and that will leave her head spinning. Of course, Flo knew that Hope wanted to end her marriage, but she wasn’t expecting such a quick end to the union.

Flo feels very strongly that Hope and Liam should remain married, and she knows that this annulment wouldn’t be happening if it weren’t for her actions along with Reese Buckingham (Wayne Brady).

Flo will feel that it’s just not right for Lope’s marriage to end over a death that didn’t really happen. She’ll want to come clean and tell Lope the truth that their daughters alive, but at this point she’ll feel trapped by the secret.