Days Of Our Lives Spoilers: Stefan Explodes At Gabi After Chloe Dumps Him 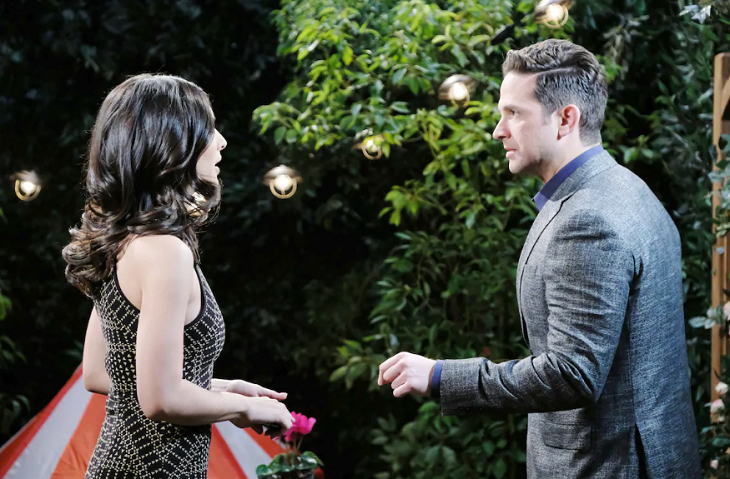 Days of Our Lives spoilers tease that Stefan O. DiMera (Brandon Barash) will be livid with Gabi Hernandez (Camila Banus) for causing Chloe Lane (Nadia Bjorlin) to break up with him.

Days of Our Lives viewers will recall that Chloe walked in on Stefan with his pants down, literally, with he and Gabi in delicto flagrante in bed just after an illicit romp between the sheets.

There was no sweet talking his way out of that one, and that’s exactly what Gabi planned. All of Chloe’s love and trust of Stefan flew out the window right then and there!

It does take two to tango, but the brunt of Chloe’s anger and blame was squarely on Stefan, because even if Gabi did instigate everything, he could have and should have (and did try) to say no. But the physical attraction is just too strong between he and Gabi.

It overrode his emotional feelings for Chloe time and time again, and obviously, his common sense as well. Stefan is probably mad at himself as well as Gabi, but he will place all the blame on Gabi for the breakup.

If Stefan is as passionate with anger as he is with sex that should be one explosive confrontation for Days of Our Lives viewers to witness. Gabi’s got quite a temper on her too, but usually she plots revenge instead of exploding in tirades, although this might be different.

Days Of Our Lives Spoilers – Will Confrontation End In A Huge Fight?

The question is, will the anger explode in verbal tirades, accusations, Gabi in tears, (if Gabi sheds tears Days of Our Lives viewers can bet they’re fake!) maybe Stefan in tears (which is unlikely) or will things escalate to something more physical, like an actual fight?

Stefan seems like he’s more a lover than a fighter, and that might just be the problem right there. Explosive arguments and anger might just turn into explosive sex again for these two. And if it does, that will be exactly as Gabi planned.