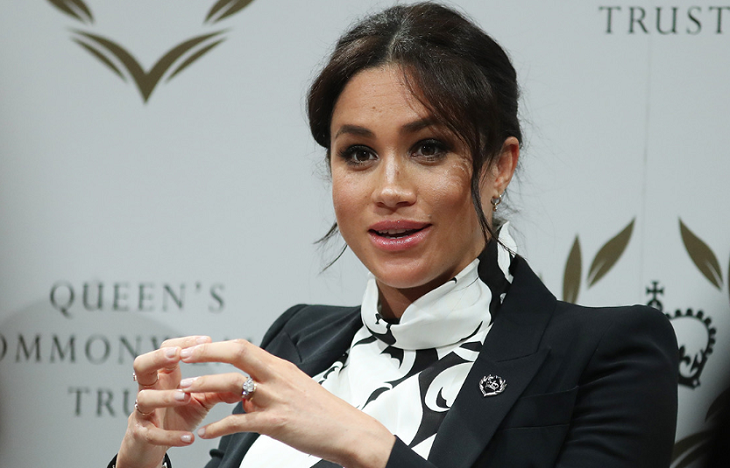 President Donald Trump will soon be visiting with the British royal family during his official visit to London, but there’s one person he won’t be seeing: fellow American, Meghan Markle.

Of course, the main reason why she won’t be visiting with the President of the United States is because she is officially on maternity leave. However, Trump had some very interesting choice of words when he was recently asked about Meghan. Here’s what you need to know.

Back in 2016 and before she met Prince Harry, the Duchess of Sussex made it no secret that she was no fan of Donald Trump. She said back then that she found him to be quite misogynistic and that his politics were divisive. The former Hollywood actress even said that she would consider moving to Canada if he won the Presidency.

Fast-forward three years later and it looks like Meghan still holds the same sentiment about Trump today. When he was asked to comment about Meghan Markle’s 2016 statement, Trump said, “I didn’t know that she was nasty. I hope she is OK. I am sure she will go excellently (as a royal). She will be very good.”

So far Buckingham Palace has not made any comments about Trump’s remarks. However, President Trump did say that he is looking forward to meeting with the future King of England, Prince Charles.

While Meghan will be sitting out this meeting, her husband Prince Harry will be there along with his grandmother, Queen Elizabeth. It will be interesting to see how Harry will react to meeting Donald Trump face-to-face and for the very first time.

A sneak peek of the State Banquet table in the Buckingham Palace Ballroom.

The final finishing touches will be added shortly before The Queen welcomes @POTUS, @FLOTUS, members of the Royal Family and around 170 guests to celebrate the #USStateVisit. pic.twitter.com/yFNCx1vYSH

As many royal fans can recall, Prince Harry was very good friends with former President Barack Obama and his wife, Michelle Obama. So far there has been no indication made as to whether or not First Lady Melania Trump will visit with the royals, too.