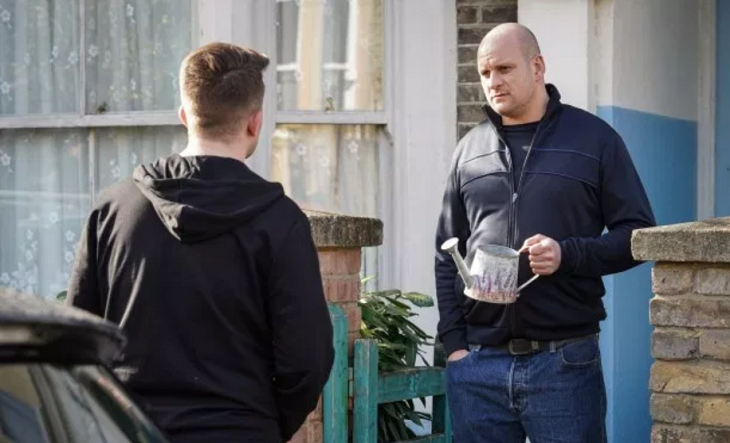 On “EastEnders,” Callum ‘Halfway’ Highway (Tony Clay) may cross a line by asking his violent brother Stuart Highway (Ricky Champ) to get rid of Ben Mitchell (Max Bowden), so he won’t ever spill his secret that he is gay.

Stuart, who wants nothing more than to once again get closer to his brother, may do the unthinkable just so he can protect his sibling. By the time he sees Ben and Callum having a heated argument, he immediately realizes who he needs to take care of. But will he really go as far as to kill Ben?

Halfway is feeling nervous that Ben might tell his girlfriend Whitney Dean (Shona McGarty) that he is gay. Viewers of “EastEnders” may recall that Ben has a knack for causing trouble for the couple. He tries to warn Ben to back off before turning to his brother for help.

Much to his surprise, he sees another side of Ben, which is unknown to many. He finds Ben sitting in Paul Coker’s old room and opens up about his struggles after losing the man he loved.

The two cross path the following day and Ben thanks Halfway for his support. But things turn sour after the latter brings up Paul, which infuriates Ben and triggers an argument.

EastEnders Spoilers – Will Halfway Highway Decide To Tell The Truth?

The two weren’t aware that Stuart was nearby watching them during their confrontation, and he then realizes that Ben is the person Halfway said he needs to deal with.

Who can Callum turn to now? #EastEnders pic.twitter.com/nwPsv0VJas

While he forms a plan, Halfway and Ben make amends, which doesn’t last long. Something comes up, which will leave Ben extremely angry at Halfway. As he heads home with his girlfriend, he notices Ben lurking in the shadows, leading him to believe that he might destroy his life.

As Halfway remains in fear as to what Ben might do, viewers have to wait and see if Stuart will take care of Ben. Or will Halfway decide to tell Whitney the truth? Or is there a budding romance between him and Ben?