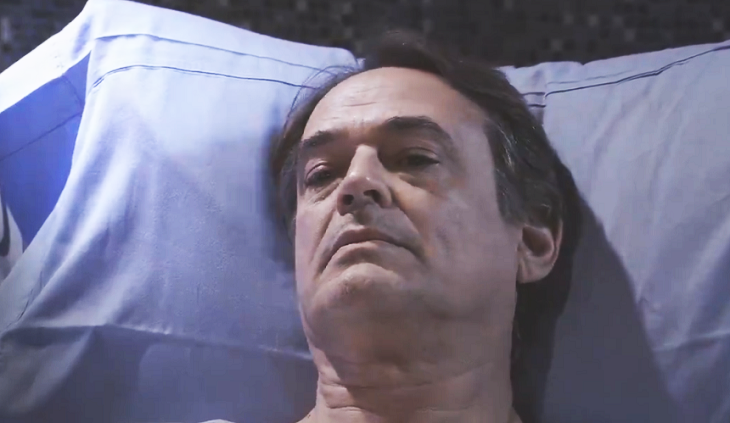 Could this be true?! New General Hospital spoilers indicate that Ryan Chamberlain (Jon Lindstrom) will turn some of his wrongs into rights and will decide to deliver a much-needed miracle for TJ Ashford (Tajh Bellow) and Jordan Ashford (Briana Nicole Henry).

Or at least, that’s what he wants other people to believe. As a matter of fact, new information teases that Ryan will decide to donate his kidney. Here’s what you need to know.

With Jordan’s life on the line, Ryan will make a decision that will definitely alter her fate. Kevin will pay a hospital visit to his twin but won’t waste any time in trying to talk Ryan into doing the right thing.

General Hospital Spoilers – Is There Redemption For Ryan Chamberlain?

Actor Jon Lindstrom, who plays both roles on the show, put it this way to ABC Soaps in Depth: “Kevin tells him that he no longer believes there is any redemption or salvation for Ryan, because he can finally see that Ryan would never have the slightest desire for it. It’s like trying to save an alcoholic who doesn’t want to stop drinking. It’s useless.”

General Hospital spoilers tease that Ryan will act like he usually does, which shouldn’t come as a surprise to anyone. He will have nothing more than sarcasm and disdain for anything that “smacks of selflessness,” the actor adds.

But here’s the thing: knowing that he has the power to determine Jordan’s fate is sitting pretty well with the serial killer. “He enjoys anything that puts the focus on him. He’s just that much of a narcissist,” Linstrom explained.

General Hospital Spoilers – Kevin Collins Will Storm Out Of His Room

In other words, Ryan hasn’t changed at all. Fans can expect to see Kevin storm out of Ryan’s room with his frustration growing by the minute. He won’t be too pleased with the fact that Ryan is thinking more of himself than anyone else in this situation.

But then again, why is he even surprised? However, a mysterious person will sneak into Ryan’s room and will inject him with an unknown substance. Ryan will have a seizure and when his monitor sounds, it will send everyone into action. Fans will simply have to tune in to find out what will happen next!