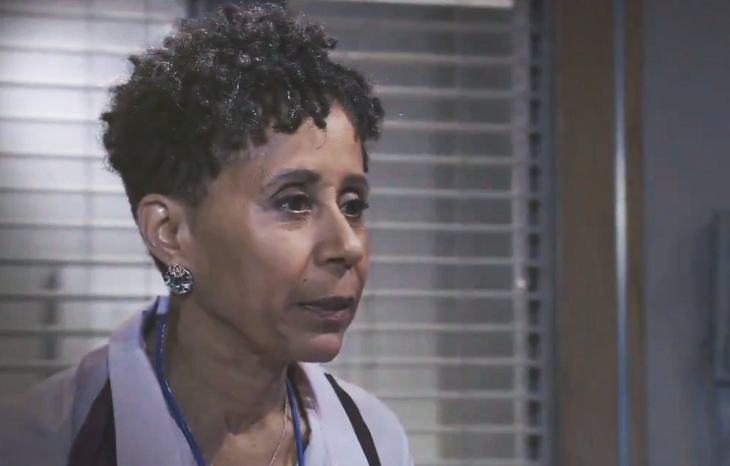 “General Hospital” spoilers for Tuesday, June 4, tease that Carly Corinthos (Laura Wright) will be stuck on her fears. She just won’t know how to get rid of her nagging baby concerns, so it looks like she’ll admit that to Sonny Corinthos (Maurice Benard).

Sonny will do whatever he can to help, but Carly will need comfort from another source. She’ll end up heading over to Morgan Corinthos’ (Bryan Craig) grave, so perhaps this visit will bring a little peace.

Cameron Webber (William Lipton) will also hope to bring peace on Tuesday. He’ll console Josslyn Jacks (Eden McCoy) as she continues to struggle with grief. Cam will suggest music lets you say the things you don’t have words for. He might contend that Joss should keep writing and singing as a way to deal with her sorrow.

Over with Franco Baldwin (Roger Howarth), he’ll talk about the ends justifying the means. Will he be referring to Ryan Chamberlain’s (Jon Lindstrom) murder attempt or something else?

Regardless, “General Hospital” spoilers say Ryan will have a seizure that leaves his life in jeopardy. His doctors will manage to get him stable again, but it’ll be an incredibly scary situation for Ryan.

This will put Ryan in a vulnerable place, which is good since Stella Henry’s (Vernee Watson) about to step up. She’ll tell a worried Curtis Ashford (Donnell Turner) about her secret weapon.

It turns out Stella will go to Ryan and make him see that he’ll be forgotten if he doesn’t give up a kidney. Ryan’s desire to be remembered will prompt a change of heart and convince him to make his mark.

Dr. Hamilton Finn (Michael Easton) will share some big Ryan developments in Tuesday’s GH episode. Before she receives updates, Jordan will accept her imminent death and say goodbye. It looks like T.J. Ashford (Tajh Bellow) will share some emotional moments with Jordan, who’ll have so much to say.

Fortunately, “General Hospital” spoilers state that the kidney transplant will move forward soon. Jordan will get the life-saving operation she needs just in time, so that’s excellent news. We’ll keep you posted as other details and rumors emerge. Stick with ABC’s GH and don’t forget to check Hollywood Hiccups often for the latest “General Hospital” spoilers, rumors, updates and news.