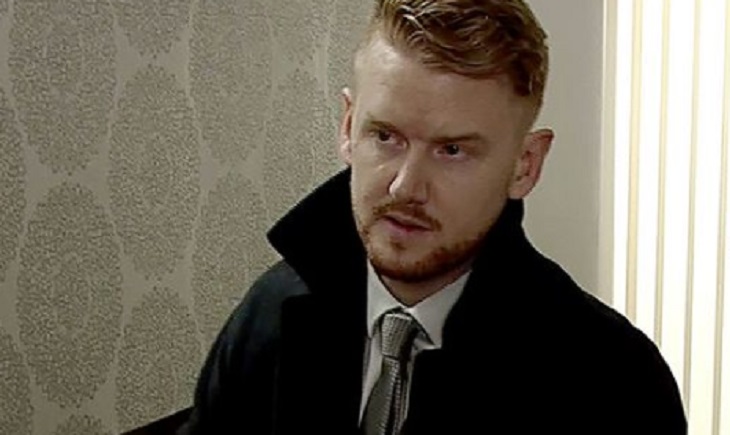 Viewers of “Coronation Street” finally know who the culprit is behind the Underworld roof collapse – Gary Windass (Mikey North). Many were left shocked with the revelation that he was the one who deliberately sabotaged the factory’s roof last March, which led to the incident that caused the death of Rana Habeeb (Bhavna Limbachia).

Days before the big reveal, the show conducted a recent poll via their official Twitter account. “Coronation Street” asked fans who caused the roof collapse and 52% of those who participated pointed their fingers at Robert Preston (Tristan Gemmill). Although there were a few who suspected Gary as the villain, he remained at the bottom of the suspect list. So here are a few clues that hinted Gary was the cunning saboteur.

Coronation Street – Gary Furious At Carla For Not Paying

At the time of the disaster, Gary had some money problems. Days before the roof collapse, he was looking for work. He eyed the factory roof job, but Carla Connor’s (Alison King) refusal was getting in the way of him fixing his cash flow issues. After doing some initial repairs on the roof, Gary chased Carla for payment but was left furious when she dismissed him.

Wishing you all a happy #EidMubarak from everyone here at Coronation Street. #Corrie pic.twitter.com/GPGQzV862x

Next, Gary is used to using dodgy business tactics, meaning sabotaging the Underworld roof wasn’t his first. Viewers of “Coronation Street” may remember that Gary inflated the price of the repair work he’s done for David after the boat fire caused damaged for property. His reason – he needed the money. Also, during the episode of the roof collapse, the person who deliberately caused the damage knew exactly what he was doing, just like Gary who knows his way around the factory roof.

Also, Gail caught Gary up early in the morning and when she asked him why, he wasn’t able to provide any acceptable explanation. Additionally, he dismissed her right away when she claimed hearing a strange noise from the factory. He also acted guilty after it was revealed that Rana died due to the incident. He wanted to see Carla as he was anxious that she might pin the blame on him. There was also an episode where Gary was seen sobbing silently and another one where he mistreated Seb Franklin (Harry Visinoni), making him look like the show’s new villain.

Last Wednesday, when Gary thought he was going to die, he called Sarah and left her a voicemail containing his confession about his part on the factory roof collapse. Lastly, Mikey North hinted during an interview last April that Gary’s troubles were just beginning and that he’s headed for a major turning point.