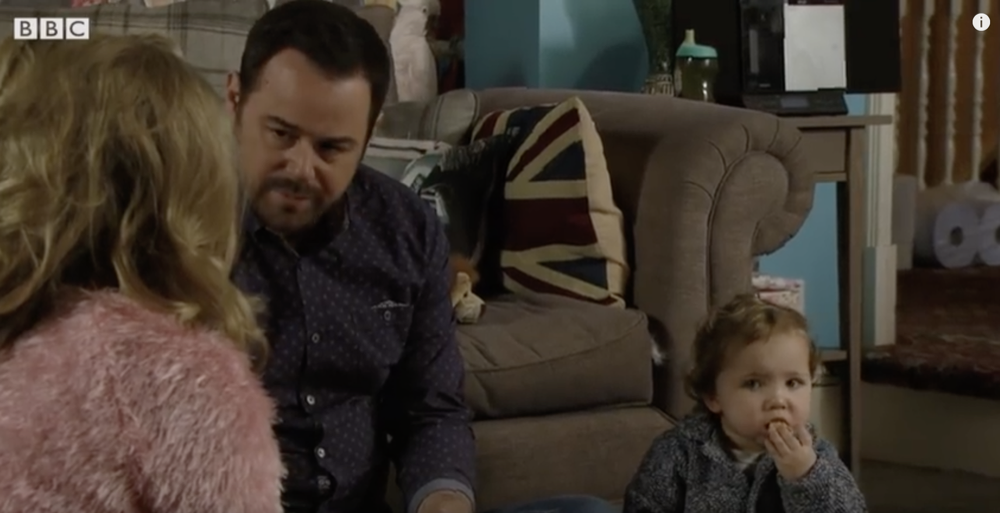 The fan-favorite couple, Mick Carter (Danny Dyer) and Linda Carter (Kellie Bright), have been worrying about the change in Ollie Carter’s (Charlie Harrington) behavior recently, and they are about to receive a shocking revelation.

The pair attends Ollie’s appointment, and Mick receives the doctor’s feedback about Ollie. It would seem that Linda has been keeping secrets from him. Mick is furious that his wife hasn’t been completely honest with him.

So when the Carters prepare for their much-awaited Spice Girls gig, what is supposed to be a fun outing turns into a huge disaster. Tensions will run high and Mick will refuse to dress up.

Tina Carter (Luisa Bradshaw-White) and Shirley Carter (Linda Henry) will do their best for everyone to enjoy the event, but things turn for the worse when they get a flat tire while on their way to the show.

Linda storms off but then confides in Shirley about what is happening to Ollie, unaware that Mick was listening to their conversation. Shirley gives them a piece of her mind, which encourages the couple to patch things up. Then they all head off to the concert and after the fun-filled event, Linda and Mick need to face Ollie’s condition.

The Carters have been through a lot, and they are not about to take any break from all the hardships that they are about to face. Although he’s excited to finally get his freedom back, life for Mick after his release from prison wasn’t easy. Apart from that, Linda suffered a horrific encounter with Stuart Highway (Ricky Champ) who almost raped her. After all these things, the couple tries to take their life back on track, but they are about to face another struggle and this time, it involves their son Ollie.

Viewers of “EastEnders” may recall that Ollie suffered a brain injury after falling out of his high chair when he was younger. The incident left him with some lasting brain damage, which is about to resurface.

It all starts during a picnic, which was arranged by Karen Taylor (Lorraine Stanley) in an effort to cheer Bailey Baker (Kara-Leah Fernandes) up. However, the fun family picnic instantly turns sour when Dennis (Bleu Landau) gets hit in the face. Bailey claims that she did it but later confesses that it was Ollie who hit Dennis.

The question now is if the couple will ever make peace over what’s happening to their son? Will the couple stick together for the sake of their son or will this be the start of a dark storyline for the Carters?