General Hospital TK Weaver Gets Support From His Co-Stars 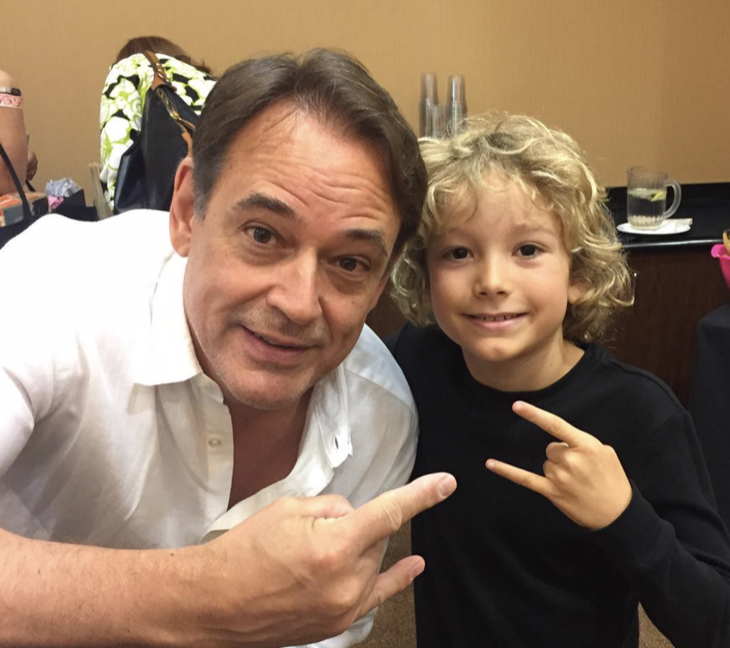 General Hospital fans have been wondering about Danny Morgan (TK Weaver) as fans haven’t seen him on the canvas for a very long time now. Well, there’s a good reason for it. Apparently, the young talented actor has been let go by the producers of General Hospital but has been asked to keep quiet about it until the switch was made official.

According to reports, TK is feeling rather sad that he won’t be able to see his General Hospital co-stars and the crew anymore. He played Danny, the young son of Sam McCall (Kelly Monaco) and Jason Morgan (Steve Burton). It looks like the two actors were also gutted that TK was let go and reached out the young boy to share their thoughts with him.

TK took to his Twitter account to let his fans know that both Steve and Kelly personally reached out to him. He wrote, “Huge thank you to @1SteveBurtonwho called me to make sure I was okay & that I wasn’t feeling like the recast was my fault. He has continued to touch base to make sure I’m okay. He is such a good person with great advice. I learned so much from him. I was so lucky to meet him.”

You’re a rockstar with a bright future! I know you accomplish anything YOU put your mind to. Luv you @tkweaveractor I’ll see you soon! https://t.co/tb6hPVZqWm

Kelly meanwhile wrote on her Twitter account, “TK. You were a DREAM to work with. You are such a talented young man. I know you have a bright future ahead of you. I can’t wait to see your career blossom. I’ll make sure #billymillersees this post… I know he cares about you as much as I do. You will be greatly missed at #gh.”

TK. You were a DREAM to work with. You are such a talented young man. I know you have a bright future ahead of you. I can’t wait to see your career blossom. I’ll make sure #billymiller sees this post… I know he cares about you as much as I do. You will be greatly missed at #gh

Aww! It’s great to see that TK was and still is very loved by his General Hospital co-stars. As a matter of fact, Maurice Benard (Sonny Corinthos) also reached out to him and said that whenever an actor is let go from the show, he knows that great things are ahead for them. With that said, we have a feeling that we will definitely be seeing more of TK in the future!