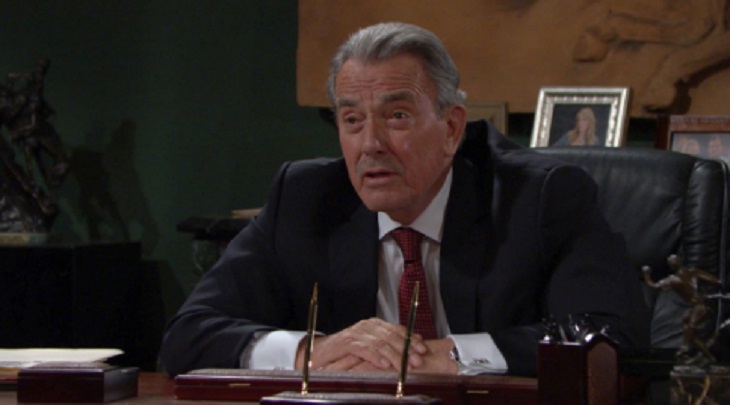 “The Young and the Restless” spoilers for Wednesday, June 5, tease that Billy Abbott (Jason Thompson) will make his wishes crystal clear. At Society, Billy informs Adam Newman (Mark Grossman) that he’s not invited to the recommitment ceremony. He urges Adam to move it along, so Adam congratulates Billy on his big day and heads home.

At the athletic club, Summer Newman (Hunter King) is still in bed with Theo Vanderway (Tyler Johnson). They agree they had a good time last night, which prompts Theo to request another date. Summer is interested and thinks she’s got the perfect event, which turns out to be the recommitment ceremony.

At the tack house, Phyllis Summers (Gina Tognoni) arrives to reject Adam’s proposal. She realizes the Dark Horse drama is about gaining the upper hand in the fight for Christian Newman (Jude and Ozzy McGuigen). Phyllis suggests Adam’s sinking awfully low, but he once again argues they’re town pariahs who deserve better. She knows he’s manipulating her, but she agrees to listen to his latest idea.

Young And The Restless Spoilers – Abby Worries About Victor

At Nick Newman’s (Joshua Morrow) place, he gathers before the party with Abby Newman (Melissa Ordway), Nikki Newman (Melody Thomas Scott) and Victoria. Abby privately mentions her concerns to Nikki. She fears Victor Newman’s (Eric Braeden) health is in jeopardy, so she fills Nikki in on the disturbing text.

Over at Newman Enterprises, Dr. Nate Hastings (Sean Dominic) scolds Victor for not undergoing his first treatment at the hospital. Victor notes that he doesn’t want to be seen there and tip anyone off to trouble. He’d rather give the treatment a chance to work and hopefully not have to spill the beans.

To commit or not to commit? Can a father stop a war? Tune in to #YR this week to find out the answers! pic.twitter.com/t1u8GMdymx

After promising Abby that she’d look into it, Nikki shows up at Newman and wants the truth from Vic. It takes some work, but Victor admits he’s got a rare blood disease. Nikki is naturally upset, but Victor is choosing to remain optimistic. He wants to repair the damage with Adam, but balks when Nikki pushes him to announce his illness to the family.

Back at Society, Billy and Victoria’s recommitment ceremony is going well until two uninvited guests waltz in. Adam and Phyllis become party crashers, so this event quickly turns into a spectacle. Phyllis gets a lecture from Billy as well as Summer. She can’t believe Summer’s siding with the Abbotts after what Kyle Abbott (Michael Mealor) did to her.

Phyllis wonders who will have Summer’s back when the Abbotts inevitably turn on her. Nick argues that he will, but he also has to handle some Adam drama. When Adam speaks to Christian, Nick seethes and makes sure the kid leaves the room. That leads to Adam and Nick’s shouting match, which includes name-calling and threats.

It’s great to see Jack and Summer working together! RT to congratulate all of the Jabot employees on a successful launch! #YR pic.twitter.com/ALKJ9DdZkc

Jack ultimately sends Adam and Nick to their corners. After causing enough of a scene, both Phyllis and Adam head out. They end up back at the tack house, where Phyllis applauds Adam for being right. She decides she’s in on Adam’s plan after all.

Meanwhile, Victoria and Billy salvage what’s left of their special night. Once they share sweet toast, Billy lets Victoria know they’re going on a getaway. Abby also catches up with Nikki, who insists everything’s going to be just fine with Victor. Over with Theo and Summer, they continue flirting while Kyle heads to the kitchen. He winds up doing something incredibly bold while he’s in there.

After Lola Rosales (Sasha Calle) and Kyle talk about “Villy’s” love, it prompts Kyle to give Lola a temporary paper ring. Kyle notes that nobody’s going to keep them apart again. He leaves Lola in shock by asking her to marry him!

“The Young and the Restless” spoilers say another fantastic episode’s coming up. We’ll give you updates as other Y&R news and rumors emerge. Stay tuned to see what’s next in Genoa City.