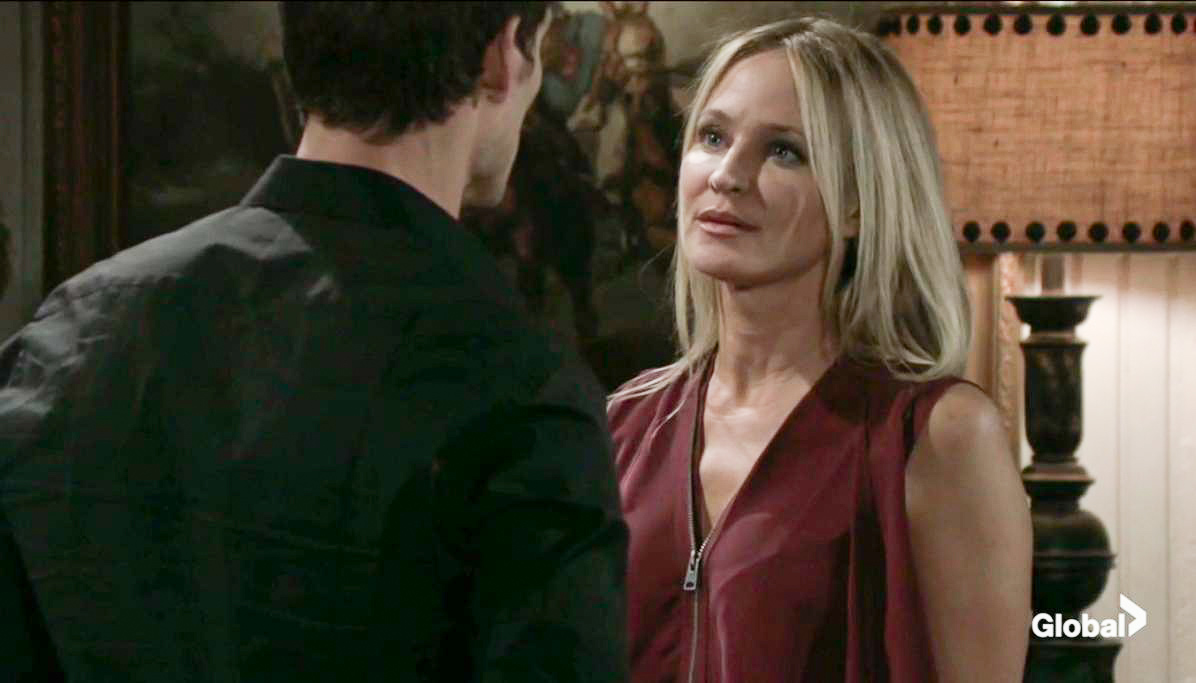 Sharon Newman (Sharon Case) seem destined to eventually become Sharon Rosales on ‘The Young and the Restless’. But Adam Newman’s (Mark Grossman) latest return from the dead introduced another option into her life. Could it be that she’ll choose Adam over Rey Rosales (Jordi Vilasuso) in the near future?

When she last left town in 2018, Y&R fans knew Melissa Claire Egan’s (Chelsea Newman) character as Adam’s wife. However, Sharon’s conversation with Chelsea reveals the surprising information that she’s remarried since leaving Genoa City a year ago and that her husband has adopted Adam’s son, Connor Newman (Gunner and Ryder Gadbois).

Savvy soaps fans know that Egan rejoined the cast in the recent past and that Chelsea will be returning shortly. Whether that is with her new other half, or not will be revealed. But this plot wrinkle is intriguing and mixes another element of drama into Adam’s reduxed life.

Michael Baldwin (Christian Le Blanc) would have to be consulted for his opinion regarding an undead man’s nuptial rights. Since Adam never died, could Chelsea legally marry another man? She didn’t know at the time she coupled with that guy, so there was nothing illegal intended.

Adam will surely fight to regain Chelsea’s commitment, regardless of her initial proclamation to Sharon that she’s moved on. But if the apparent former Mrs. Adam Newman wants nothing to do with the recast Grossman edition, then that opens new storyline doors.

The celebration is just getting started for these two! #YR pic.twitter.com/flYIWRoJTB

Sharon has already caught Adam’s eye. She has his full trust, like no other person in GC.

It’s clear that her feelings for Adam remain, though to what degree is debatable. She told Victor Newman (Eric Braeden) and Rey that she owes Adam for having saved her life.

Devoted fans recall when the Michael Muhney version of Adam pulled Sharon from the raging fire at the Newman Ranch main house. That being the one Sharon set. Adam then made sure that Sharon received the mental health help she needed, which resulted in her being diagnosed as bipolar.

Surely there is potential for Sharon and Adam to turn to each other, even knowing that Case’s character just committed to Rey. It now appears that Y&R’s use of Sharon, via Victor, to unlock Adam’s mind may have been more than a plot device. Instead of Sharon being a bridge to Chelsea, she may become his link back to the beginning.

Fans of ‘The Young and the Restless’ rightfully express their opinions on a regular basis. So, will Sharon choose Adam over Rey? Please vote in our poll below!