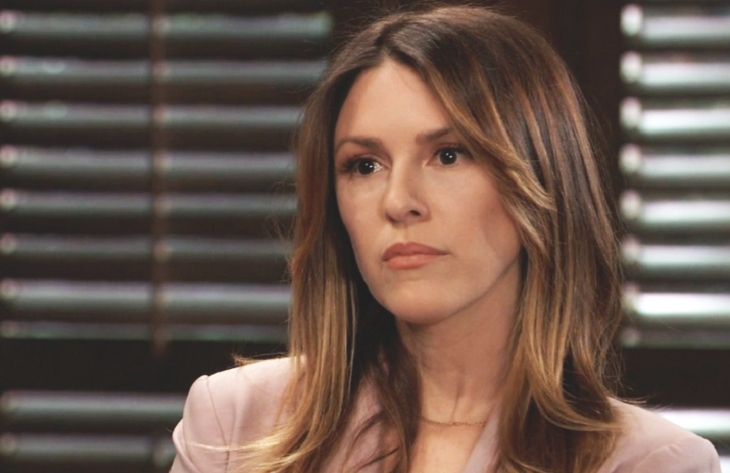 “General Hospital” spoilers for Thursday, June 6, tease that Jordan Ashford (Briana Nicole Henry) will request a private meeting. She’ll want to chat with Stella Henry (Vernee Watson) alone, so what’s this about? Stella will sport a smirk like maybe she’s hiding something. Was she in on a secret plan that Jordan will grow curious about?

Many GH fans don’t buy that Ryan Chamberlain (Jon Lindstrom) would really be persuaded by Stella’s speech. It’s possible Dr. Kevin Collins (Jon Lindstrom) took his place long enough to sign the papers, but we’ll see how things pan out. Regardless, Jordan might get suspicious. She may also want to clear the air with Stella before her transplant surgery begins.

In the waiting area, there’ll be some concerns later. Franco Baldwin (Roger Howarth) will suggest that the longer Ryan is in the OR, the worse things look for Jordan. It appears Ryan’s surgery could get risky and put Jordan’s transplant in jeopardy as a result. Regardless, Laura Webber (Genie Francis), Dr. Hamilton Finn (Michael Easton) and Kevin will all be on hand to discuss this with Franco.

At Charlie’s Pub, Julian Jerome (William deVry) will catch Alexis Davis (Nancy Lee Grahn) off guard. He’ll admit he’s got a way to keep Shiloh Archer (Coby Ryan McLaughlin) from proving he ever had a child. Julian may allude to the plan he pulled off with Sam McCall (Kelly Monaco) and trust that Alexis will approve for “Wiley Cooper-Jones” sake.

Other “General Hospital” spoilers say Harmony Miller (Inga Cadranel) will learn more info. Whether Willow Tait (Katelyn MacMullen) offers phony details or accidentally spills something, Harmony will seem pleased. She’ll insist that Willow’s given her all the confirmation she needs, so she’ll be grateful.

At GH, Shiloh will get a visit from Margaux Dawson (Elizabeth Hendrickson). He was just arrested, so he’ll trust that the DA’s been able to vindicate him. “General Hospital” spoilers state that Margaux will stand her ground on Thursday. Despite the fact that Sonny Corinthos (Maurice Benard) gave up his leverage, Margaux may refuse to let Shiloh off the hook.

Of course, Shiloh isn’t going anywhere just yet. He’s certainly a crafty guy, so he should be able to beat the system with or without Margaux’s help. GH viewers can expect some positive updates for Shiloh at some point. That could be related to the case or perhaps Harmony’s search for his child. Shiloh will likely be hopeful that the child will be under his care soon.

Finally, Carly Corinthos (Laura Wright) won’t let Ava Jerome (Maura West) intimidate her. During a conversation with Sonny, Carly will make it clear that she’s not backing down from a fight. She’s never run from Ava before and she’s not about to start now.

General Hospital Spoilers: Kevin Returns To Work And Takes On New Patients — Will One Of Them Be Nelle? https://t.co/iH6oaVFpQg pic.twitter.com/CCszlNnB8U