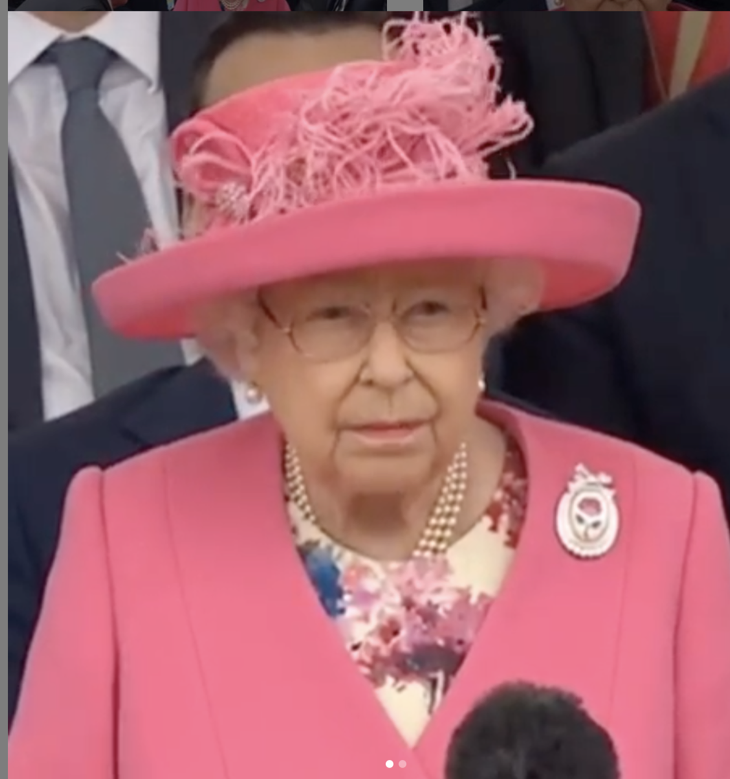 Uh-oh! It looks as though Prince Harry might have gotten a telling off by his grandmother, Queen Elizabeth. There are new reports that suggest the Queen was none too pleased with Harry’s behavior while the royal family was hosting President Donald Trump and his wife Melania Trump at Buckingham Palace this week. Here’s what you need to know.

As many fans already know, Prince Harry’s wife Meghan Markle is no fan of the current President of the United States. Even though she skipped all of this week’s events and festivities because she is currently on her maternity leave with her son Archie Harrison, a lot of people believe that the Duchess wouldn’t show up for the Trumps anyway. Or at least, she would make a brief appearance like her husband did this week.

Meghan Markle Slammed For Having An Extravagant 2018

According to the Express, Harry was only around for one second (at least that’s what it felt like) when the Trumps were touring a collection of American gifts that the royal family has received over the years. He was photographed speaking to Ivanka Trump briefly but then suddenly left the room. He was also absent during that night’s state banquet, even though most senior members of the royal family were there, including Prince William and Kate Middleton.

Royal biographer Ingrid Seward believes that this was a bad move on Harry’s part. She explains, “Harry did look grumpy and as if he didn’t want to be there. He appears to be behaving in a rather immature way and letting his personal animosity take over from his natural good manners. Whatever his personal feelings, it’s his duty to support the Queen regardless and take a tip from his grandmother who has never allowed her personal feelings to interfere with her duty. It’s bad manners and rude.”

The Queen bids a Formal Farewell to the President and First Lady, marking the official end of the State Visit.
Take a look at the #USAStateVisit in full here: https://t.co/wj7DpfzRnC pic.twitter.com/z0JBWNah6z

Yikes! So far Prince Harry hasn’t offered an explanation as to why he wasn’t at the state banquet or why he looked so “grumpy” with the Trumps to begin with. With that said, we have a feeling that Prince Harry and Meghan Markle won’t be included in any future official visits with Donald Trump and his family. What do you think?