The Bold and the Beautiful Spoilers: Thomas Pushing Too Hard, Hope Not Ready – How Far Will He Go? 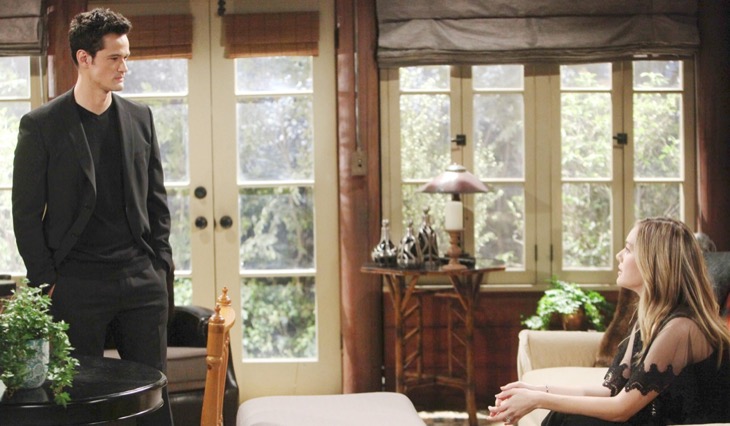 The Bold and the Beautiful spoilers tease that Thomas Forrester (Matthew Atkinson) is pushing Hope Spencer (Annika Noelle) too hard. She’s not ready to move onto another relationship but purely is interested in becoming Douglas Forrester’s (Henry Joseph Samiri) mother figure.

Liam Spencer (Scott Clifton) is thought to be Hope’s, only true love. But that could change, in time, if Thomas grasps reality. Although the rushed success his scheme is achieving likely won’t allow him to back off, even a bit.

While Hope appears ready to end Lope and begin some type of new life as a single person, Thomas is mentally preparing his next life. Caroline Spencer’s (Linsey Godfrey) untimely passing continues to affect this recast version of Thomas in unusual ways.

It feels as though B&B replaced Pierson Fode (Thomas) with Atkinson because today’s Thomas isn’t like the one who left this fictional version of Los Angeles, California, in the recent past. Suspending disbelief, soap fans accept the change, both the actor and the character slant.

Bold and Beautiful Spoilers: Liam Spencer and Hope Logan Have Been Tortured

Hope and Liam have been tortured by the willful actions Reese Buckingham (Wayne Brady) took. Stealing Beth Spencer (Madeline Valdez and River Davidson) on Catalina Island, as part of a gambling debt repayment plan, was diabolical.

Any human beings would be wrecked when told that their first-born child was stillborn. The relationship fallout from that perceived tragic event now has Liam and Hope apparently splitting.

In attempting to deal with her crushed dreams, Hope found solace in an unexpected place, Douglas’ heart. Thomas’ little boy, who’s legitimately lost his mother, and Hope who thinks she lost her second child, has naturally bonded. That is a positive element within this ominous storyline.

Thomas, thinking of himself first, is not only blinded to his own manipulation of Douglas, but also to the full-on, overbearing pressure he’s applying to Hope’s mind. Liam is onto to him but, as Brooke Logan-Forrester (Katherine Kelly Lang) advised, he’s not doing enough to stop Thomas from influencing Hope’s mind.

Sure, if the Phoebe-Beth reveal happens, the entire storyline will shift. But assuming that doesn’t drop for a while, is it possible that Thomas will over the edge completely?

Thomas clearly isn’t handling his single-parent responsibilities in a healthy manner. A possible plot path appears to be set up whereby he won’t wait on Hope’s reciprocation indefinitely.

The above projection could result in some type of forced hold over the woman Thomas claims to love. Hopefully, B&B opts to write this arc in a lighter way or at least provides an out to Atkinson’s character along the way that is taken.