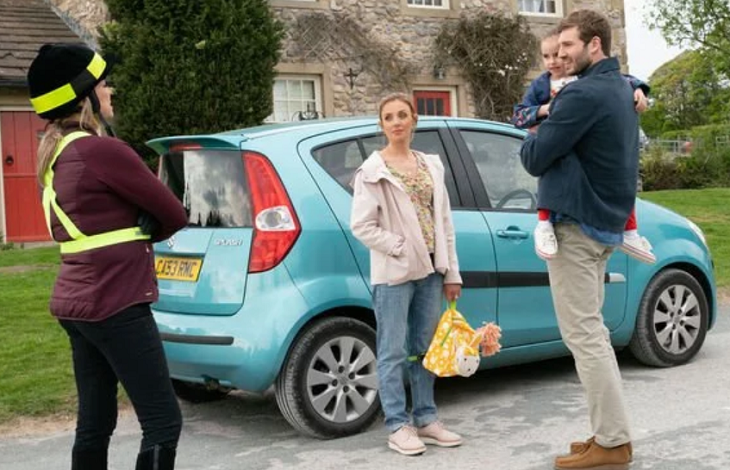 Anna Nightingale recently joined “Emmerdale” as Andrea, Jamie Tate’s (Alexander Lincoln) secret wife. She made her debut on June 3 along with her onscreen daughter Millie Tate (Willow Belle). She’s in town to reunite with her husband, but it seems like there’s more to this character that meets the eye.

Next week, her character will meet a surprised Graham Foster (Andrew Scarborough) at Home Farm. Shocked that she’s in town, Graham will demand to know what she’s there for. His reaction obviously means they both share a mysterious past. How do they know each other?

Will Graham cause trouble for Andrea or will it be the other way around? Also, viewers may recall that Andrea and Kim Tate (Claire King) got off on the wrong foot. What role will she play in Kim’s life?

Nightingale teases a few things about the upcoming scenes. “There’s a connection between Andrea and Graham. They already know each other, but you’ll have to stay tuned to find out how.

“Andrea knew that Graham was around, but although there could be repercussions, she just hopes that nothing is going to come to the surface. In life, there’s always two sides of a story. Even if somebody has got something over you, there’s also a good chance that you’ve got something over them. But as we all know, Graham can be pretty terrifying.”

She also said: “There’s nothing like bumping into somebody who you’ve not seen for a few years to put the wind up you a bit. The truth could turn Andrea’s world upside-down. It could change her future completely.”

Emmerdale Spoilers – Has Appeared On Other Programs

Apart from being an actress, Nightingale is also a filmmaker and photographer. Before landing a role on “Emmerdale,” she has already appeared in several other TV series in the UK, and this is not her first stint in soapland.

Nightingale appeared on the BBC soap “Doctors” where she played as Sigourney Newton back in 2013. She also appeared in “Silk,” “My Mad Fat Diary,” and “Age of the Living Dead.”

She also had a part in “House of Salem,” “The Warning, “The Best Years,” “The Callback Queen,” and “Abducted.” When she is not acting, she’s busy running her own creative agency, Above and Beyond.