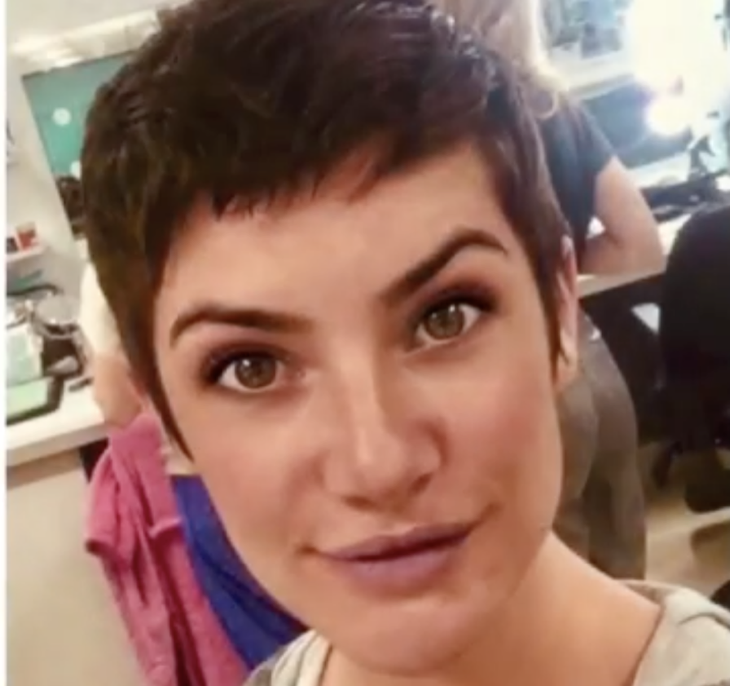 In a video interview with Isabel Hodgins during the red carpet of the British Soap Awards, she flaunted her new look. The actress, who’s known for her role as Victoria Sugden on “Emmerdale,” cut her hair short not because she’s having a meltdown but because she “just don’t want hair anymore.”

“I have got very thick, curly, unruly hair and I wanted it gone,” she explained. It had nothing to do with her alter ego but the crew said that her now short hair “ties in with the story. Life is so much easier and it’s a lot quicker in make-up!”

Victoria Sugden returned to “Emmerdale” on June 3 after briefly taking a break with Robert Sugden (Ryan Hawley) after being sexually assaulted by a fellow clubber Lee Lee Posner (Kris Mochrie). She and her brother will be at odds over Victoria’s plan to keep her baby and put the tragic order, which she had to endure, in the past. However, Robert doesn’t seem to approve and can’t believe that she will continue to carry the baby, even if it is the child of her attacker.

The day @scottbeszick became my hero It’s the best thing I’ve ever done!

Last month, viewers have seen Victoria put on a brave face and faced the authorities and reported report the attack. With the support of the police and Moira Dingle (Natalie J Robb), Victoria took a pregnancy test and confirmed that she is carrying her attacker’s baby. As the police continue to investigate the horrific crime, they struggle to find evidence that will guarantee Lee’s imprisonment, which will prompt Robert to take justice into his own hands.

Victoria’s pregnancy and Robert’s anger over what happened to his sister may cause the two to clash over what is the right thing to do. This storyline will “explore Robert and Victoria’s relationship because she’s always been there to tell him what’s right and what’s wrong, and this time he’s trying to do it”.

“She’s got choices to make and she’s fine with her choices and Robert isn’t, so there’s gonna be a bit of tension in the family and who’s gonna support her, who isn’t and that’s gonna be really interesting,” Isabel explained.

“She’s in one of the hardest positions someone can find themselves in, and who do you need to support you? Your family. So when Robert isn’t supportive, that breaks her heart. Robert’s her brother, she needs him there, she wants him there,” she added.